You are on a bus, heading from Ibadan to Lagos to lose your virginity. You’re a bit nervous, but you are not afraid. “Na just preek,” you had heard one of your roommates at UNIBEN say.

Your name is Mimo. Yoruba for holy. And you have lived up to the name for twenty-three years. At school, your roommates teased you about your lack of boy; they called you Emi Mimo. Holy Ghost. They shouted, Emi gbemi! when you walked into the room, jerking their bodies, rolling their heads from side to side and whirling round in an imitation of the Holy Ghost power going through a demon possessed girl.

Your name is Mimo and you have decided to follow the “bad girls on campus” your mother always warned you about. The slay queens. It was time.

His name is Joshua. He looks tall in his Facebook photos, but you get the impression from video calls that he’s average. He never smiles in his photos, but he laughs a lot during your calls, the sound like the first drops of rain tap dancing on a child’s upturned face. He’s handsome in the way most men don’t wish to be; beardless, soft, vulnerable looks. An unbelievable lack of ego that’s balanced by devastating comebacks. When you teased him about his schoolboy face (“dey use methylated spirit for chin nau”) he had pointed at the agbalumo you were sucking on as you video chatted and said, “You no see orange or even grape to suck? How your ministry sef go grow na? ”

It took you a whole ten seconds to realize what he had said. Your arms unconsciously went to cup your tiny breasts. He started laughing.

You didn’t speak to him for a few days. His apologies piled like junk mail in your Facebook and Whatsapp message folders.

Now, you are on your way. You need the cash.

1. “Toning” cream
2. 200-1000 likes or retweet
3. Haters
4. Bible Quotes
5. Iphone or Samsung phone.
6. Wide bathroom mirror (that’s where having an iPhone is a plus)
7. Instagram account
8. Car and designer (for posing with na. Doesn’t have to be yours)
9. Mansion (see number 8’s brackets)
10. Clique of fellow slay queens.
11. Screenshots of annoying inbox rats.
12. Recycled/stolen jokes /posts (because not every time posting pictures)
13. Name that her father didn’t give her.
14. Hashtag overuse talent

Layla scoffed at the post on her phone as she scrolled down.

Sometimes, people just took a term that was supposed to be wholesome and positive… and turned it into something else.

She was able to hold intellectual conversations on anything ranging from computer programming to wildlife conservation to politics and feminism.

But she identified as a slay queen.

Fiercely independent, she had bagged a Master’s degree at 24 and was currently working towards her PhD. Touching up her lipstick, she motioned for the chauffeur to pass back the memory stick he had been using to play music in the car.

In 30 minutes, she would be up in the penthouse of the hotel with a business tycoon who claimed to be an admirer of hers. He had promised to give her 3 million naira just because. Not a loan, not payment. Just because. If she liked him enough, they could move on to the next level. If not, well, still tiri million for the akant o.
_______________

You’re at the rendezvous. A nice restaurant with the pretentious name of Debbie’s Fingerlickin’.

You curl your fingers into the palm of your hand. Unconsciously, you are making a fist. If you didn’t think Joshua was hot, you’d be yourself. You’d be funny and witty, but you do think he’s hot, so you’re not. Your mouth is dry, your brain is essentially mush.

You check your WhatsApp, the fourth time in as many minutes. No sign of Joshua. The waiter approaches with a menu, “Just a bottle of water for now, thank you,” you say.

You are not going to be spending money any how, what if he doesn’t show up?

From your seat you can see the entrance. Couples come and go. You fidget, adjusting the strap of your dress, applying another coat to your already red lips.

Still restless, you peruse the menu, the voice in your head warns you again. If you buy anything here and he ends up standing you up, you are going to trek back home.

There’s good music floating in from speakers you cannot see. You let yourself soak in the sounds for a few moments, the words a melodious jumble inside your head. Idly, you are asking yourself ‘what does ‘Fingerlickin’ even mean?’ You lick fingers because you don’t have washing hand bowls?

The sudden sound of someone clearing his throat in your ear makes you jump.

You whip your neck around so fast, it’s a miracle your neck did not break. What you see is a portly man standing beside the table; you glance up at his face. With his receding hair and deep-set crows feet he had to be almost fifty.

“Mimo?” he asks, raising his eyebrows.

Layla had barely settled in when she heard the door at the far end of the room open.

The man who entered couldn’t be more than forty, but he walked with a cane. His right leg had the fluidity of youth but the other looked banged up. Still, over all, he looked really good. He had the complexion of one whom the Nigerian sun did not burn– the sun simply burnished his skin. Like fine bronze.

She could imagine him on a beach. Maybe he had a yacht? Print, tropical shirt, chest exposed. And the cheekbones… What was wrong with his leg, though?

He smiled at her and she noticed he had good teeth. She decided she liked him enough to stay. If the story about the leg was good, maybe that was a plus.

The man confirms that he isn’t Joshua. Joshua is in a car just outside the restaurant. He sent him to call you.

He asks you if you’d like to eat anything. You say yes, you’re famished. So he orders jollof rice and two big pieces of chicken with plantains.

You’re taken aback, but you manage to rise and follow him. ‘Why couldn’t Joshua come in by himself though?’ you ask yourself.

The man disappears, but true to his word, you find Joshua, your Joshua in a grey Toyota Corolla.

He is his cute, charming self and all the apprehension you’d been feeling quickly evaporates. He explains it offhandedly ‘I was a bit shy. Didn’t want to meet you for the first time in such a crowded place.’

‘So why did you ask us to meet here, in the first place?’

His smile is sheepish and convincing, so you just shake your head and ask him to drive.

You both talk. You’re going fast on a bridge. The food is delicious. You dig in.

After a while, there’s a lull in the conversation and to fill in the gaps, he says something about not being able to wait to rip off your clothes and take you anally.

He raises an eyebrow “You know na, from behind. Are you a virgin?”

You want to scream, but no words come out. All of a sudden, you are having a serious rethink about the whole thing. This is not what you came here for.

“You can’t do what?” His tone is aggressive. The gentleness he has hitherto exuded, suddenly evaporating.

He is cursing. He is gesticulating wildly. His eyes are red.

‘Haba, unku,’ you want to say. ‘Unto this gbensh matter?’ But you seem to have lost your voice.

You sit there unwilling to yield, unable to leave.

Until the vehicle screeches to a halt. “OUT!” he barks. “Get out of my car!’

The lock’s released and you find yourself nearly pushed out.

He shuts the door himself with a bang and zooms off.

You’re left alone in the middle of Third Mainland Bridge.

The finality of the rear lights dissolving into the darkness doesn’t hit you– until the first raindrops of what looks like a big storm land on your forehead. 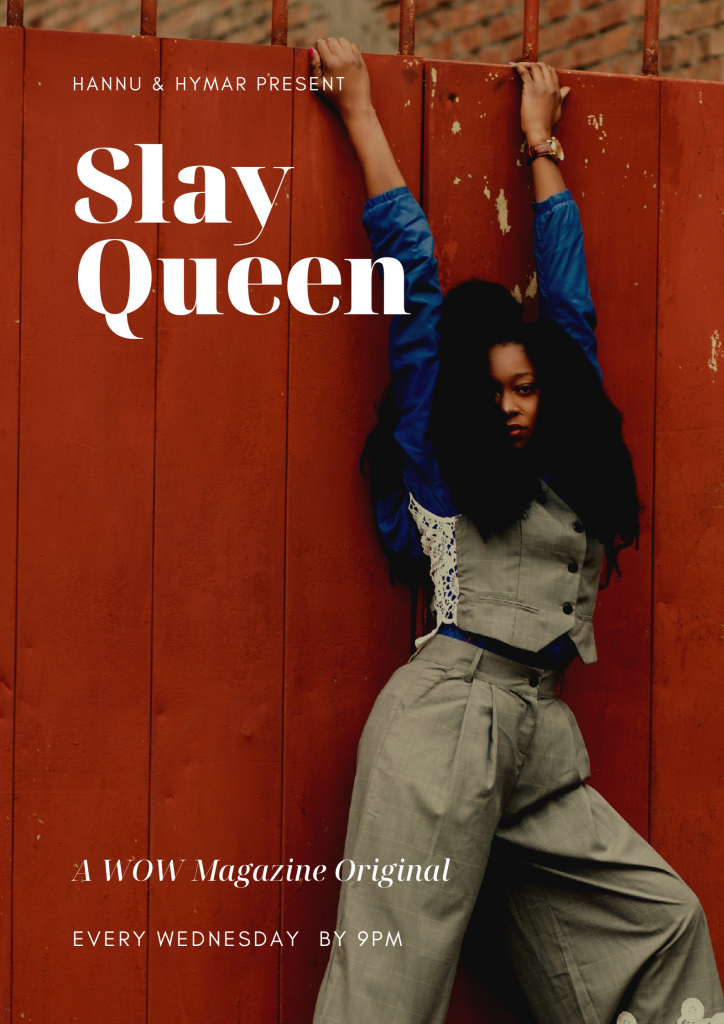