The Oscar winner talks sexual liberation and the #MeToo movement

I'm excited to share this cover and interview with @NetAPorter's #PorterEdit. Available now! (Link in Bio) Styled by @c_n_h  Hair by @JamikaWilson  Makeup by @autumnmoultriebeauty Nails by @jennahipp Photo by @virginiekhateeb

Viola Davis talks the #MeToo; ‘Time’s Up’ movement; the gender pay gap; #OscarsSoWhite; and, well, the How to Get Away with Murder/Scandal crossover episode, which brings together the characters of Olivia Pope (played by Kerry Washington) and Keating for the first time ever.

On the #TGIT Crossover she says: “I don’t know how else to describe it,” Davis says, beaming. “It felt like we were creating history. I mean, to have two really strong, well-written, well-rounded characters in the same room together, who are women of color? It’s black-girl magic at its best.” 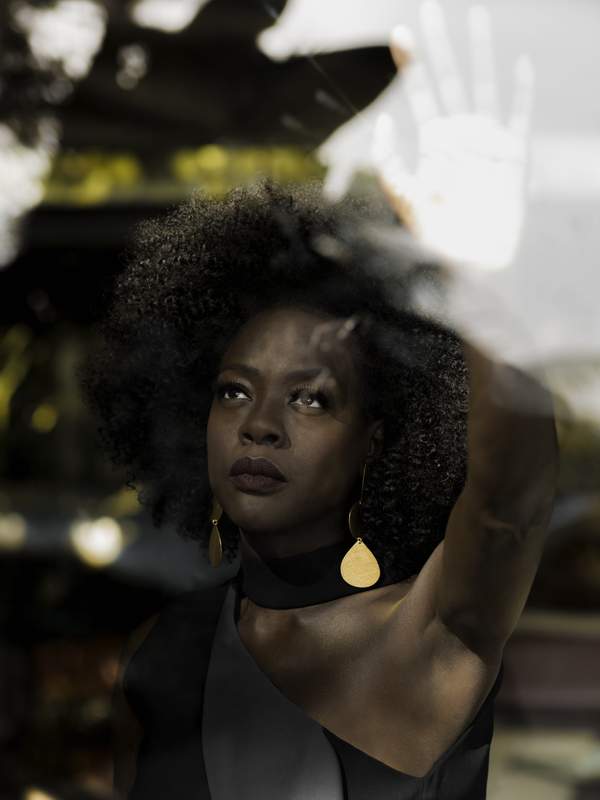 On Hollywood’s idea of sexiness and her skin tone: “I’m 52 and darker than a paper bag. Women who look like me are relegated to the back of the bus, auditioning for crackheads and mammas and the person with a hand on her hip who is always described as ‘sassy’ or ‘soulful’. I’ve had a 30-year career and I have rarely gotten roles that are fleshed out, even a little bit. I mean, you wouldn’t think [these characters] have a vagina. Annalise Keating has changed the game. I don’t even care if she doesn’t make sense. I love that she’s unrestricted, that every week I actually have to fight [showrunner] Peter Nowalk not to have another love scene. When does that ever happen?”

Has playing voracious Annalise changed the way she sees herself sexually? “Yes, and it’s been a painful journey,” she says, laughing, presumably because these sex scenes often take place across desks and up against walls. “It costs me something,” she continues, more earnestly, “because very rarely in my career – and in my life – have I been allowed to explore that part of myself, to be given permission to know that is an aspect of my humanity, that I desire and am desired. I always felt in playing sexuality you have to look a certain way, to be a certain size, to walk a certain way. Until I realized that what makes people lean in is when they see themselves. There’s no way I am going to believe that all women who are sexualized are size zero or two, all have straight hair, all look like sex kittens every time they go to bed and want sex from their man, all are heterosexual. I am mirroring women. I always say it is not my job to be sexy, it’s my job to be sexual. That’s the difference.”

On the #OscarsSoWhiteMovement: “Here’s the thing: it’s not about the Oscars,” she starts, “it’s about how we’re included in every aspect of the movie-making business. When you look at a role as a director or producer that is not ethnically specific, can you consider an actor of color, to invest in that talent? The problem is, if it’s not an urban or civil rights drama, they don’t see you in the story. People need to understand that they shouldn’t see people of color one way. We don’t always have to be slaves or in the ’hood or fighting the KKK. I could be in a romantic comedy. I could be in Gone Girl. Or Wild. I could be seen the same way as Nicole Kidman, Meryl Streep, Julianne Moore. I actually came from the same sort of background; I went to Juilliard, I’ve done Broadway. I’ve worked with the Steven Spielbergs. I should be seen the same way. That’s what I think is missing: imagination.”

Read the full interview and check out more pictures here