She talks her relationship status, her friend Meghan Markle’s engagement, Inequality in the industry, the false perception of Indian culture and more.

“Priyanka shoots down the notion that Indian culture is more conservative than that of the West. “We’re from the land of Kama Sutra. We taught the world how to have babies, so sexy comes naturally to us, especially Indian women,” she laughs. “Indian culture is not conservative, it’s not submissive, it’s actually very empowering of women. There is a seductiveness to Indian women. The long hair, the kohl in the eyes, the long sari, the waist. It’s all sexy.” That said, there is a divergence between Eastern and Western attitudes to romance that Priyanka, as a global star, has to navigate. While a love scene in her native India will be framed sensually, in America it is more physical. “Neither is wrong, it’s just a different perspective on the same emotion. It’s hard to straddle. But you know what? I’m a girl who has a career in two countries. Just have to deal,” she shrugs.” 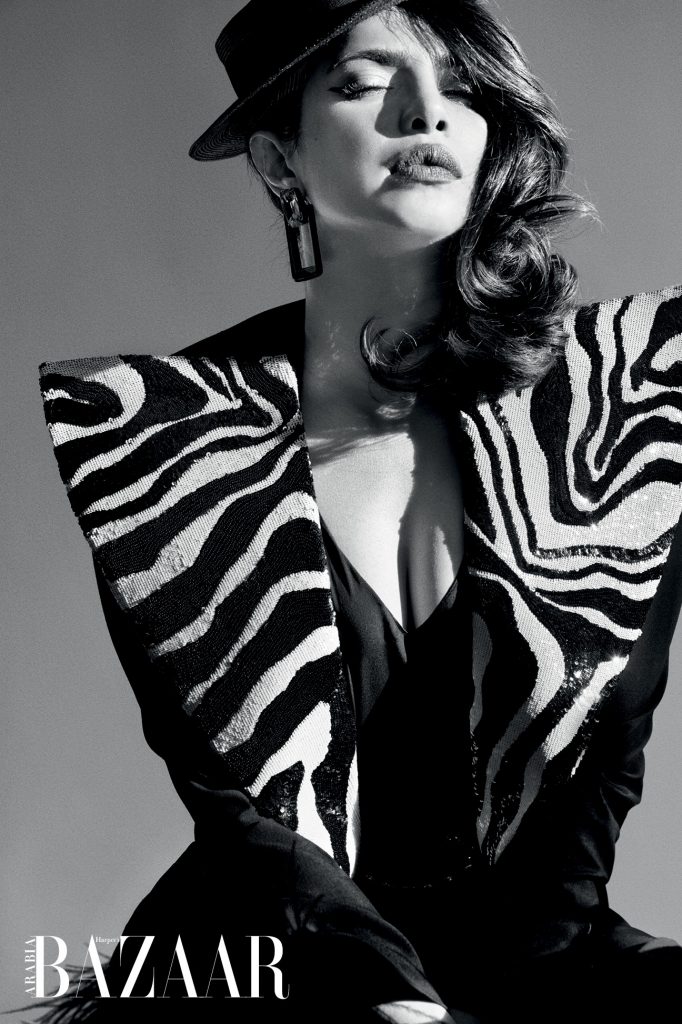 “…..It’s something she felt strongly enough about to call out a Vanity Fair cover story on her friend Meghan Markle which, Priyanka felt, dwelt too heavily on the Suits star’s relationship with the UK’s Prince Harry and glossed over Meghan’s own achievements. “It’s natural for people to be like, ‘Oh that’s Prince Harry’s girlfriend, but she’s a lot more as well,” she says of Meghan. Rumours that Priyanka will be among the bridal party for the couple’s May 19 wedding remain just that. “If you see me there, you’ll know,” she teases. Bridesmaid speculation aside, Priyanka is clearly thrilled that her friend has found love, and what the marriage means for modernising a centuries-old institution. “I don’t think anybody else would be able to do it the way she will. She’s just right for it,” she says of the future Duchess. “She’s an icon, truly, that girls can look up to, that women can look up to. She’s normal, she’s sweet, she’s nice, she thinks about the world, wants to change it and this was even before any of this happened,” Priyanka smiles. “So I do think Meghan being a part of the royal family is a big step in the direction of so many things; of women, of feminism, of diversity, of race, of the monarchy versus everyone else. It’s a beautiful step in the right direction.” 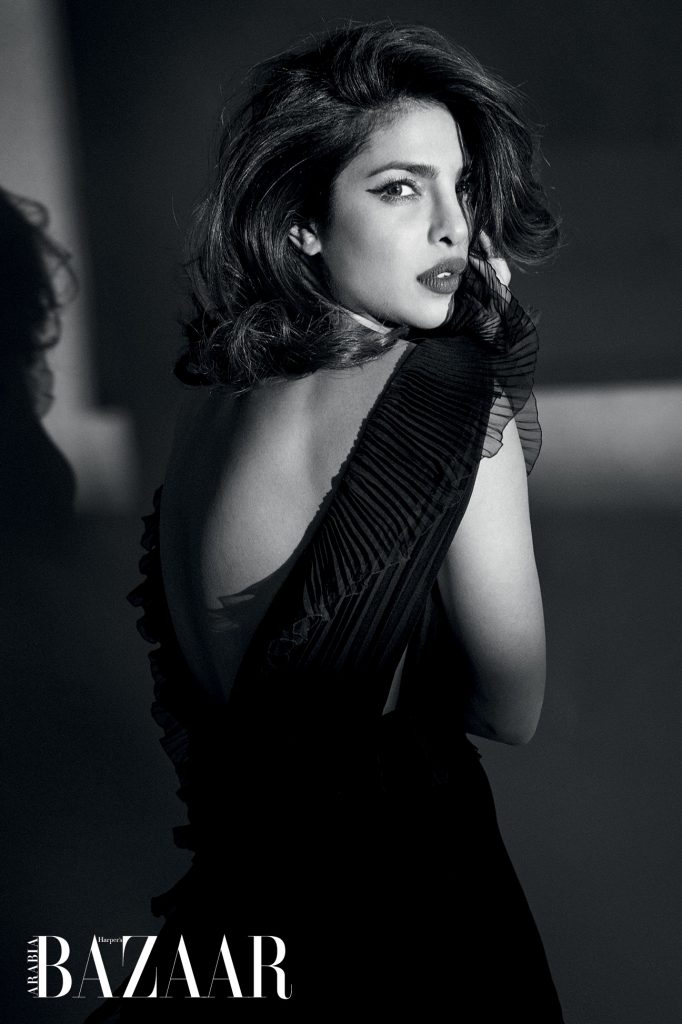 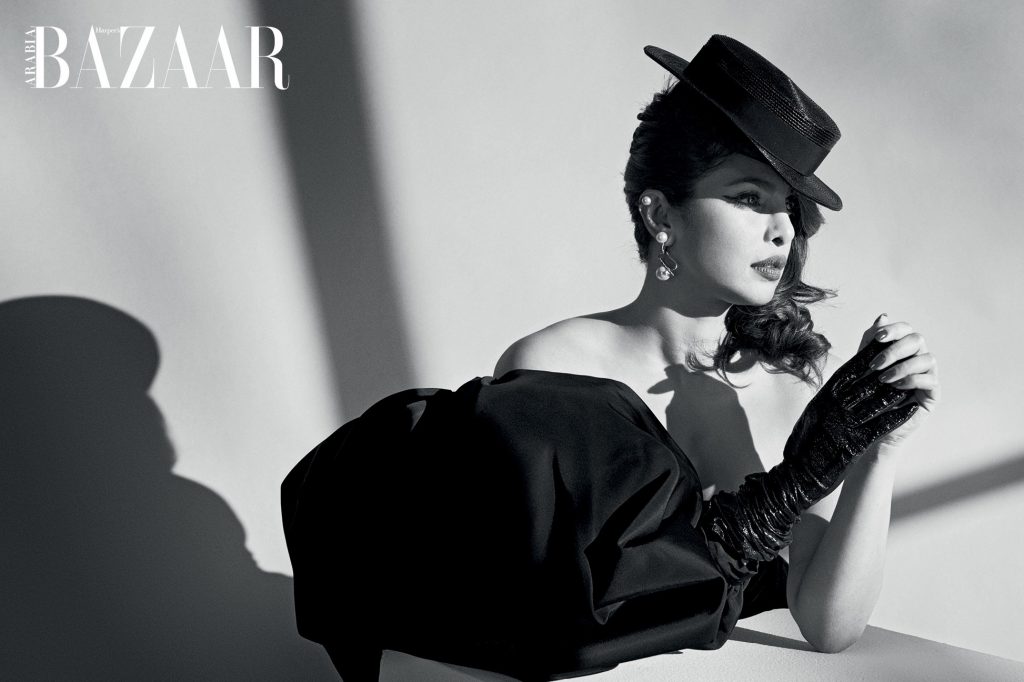 Priyanka herself is recently out of a relationship and ready to reveal what it will take to win her heart. “I’m going to be serious about this because I’m single right now after a really long time, so I’m going to give you a really real answer,” she promises. “I like to be given attention, not like creeper-worthy attention, that would freak me out. But I like to be pursued and wooed. And if he’s not cerebral, if he’s not smart and cannot engage me, then it cannot happen. That’s the biggest, most important thing for me,” she says, adding, “I’m very mushy, I love romance.”

Seeing her friend Meghan become engaged and prepare to walk down the aisle, does Priyanka harbour the same aspiration? “Marriage and kids are a big goal for me. I’m a big believer in the institution of marriage and in family, and in kids, I want to have a lot of them, if God allows. The only problem is, I don’t know who I’ll do it with,” she laughs. At 35 she is at an age where interviewers start asking potentially problematic questions about biological clocks and the perils of prioritising career over family. The kinds of questions that male actors would never face. Priyanka breezes past the issue. “I feel like I’m fortunate to live in the 21st century, where science helps women in a big way to not feel those pressures, so I don’t,” she says. “My family doesn’t feel those pressures either. I would rather spend my life with the right person than feel pressured and make a mistake.” 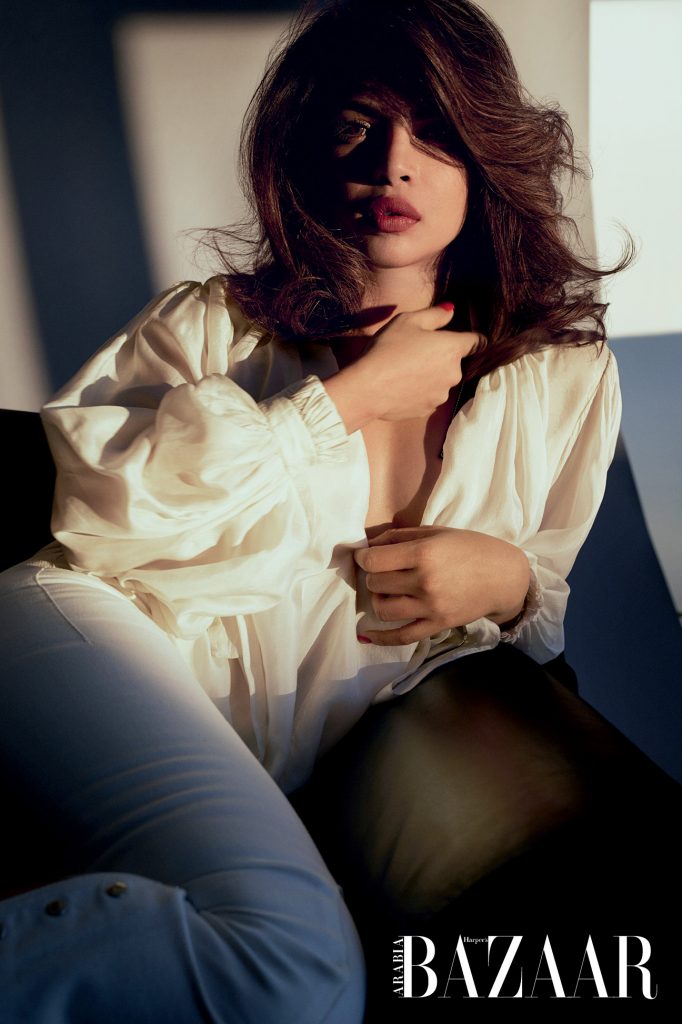 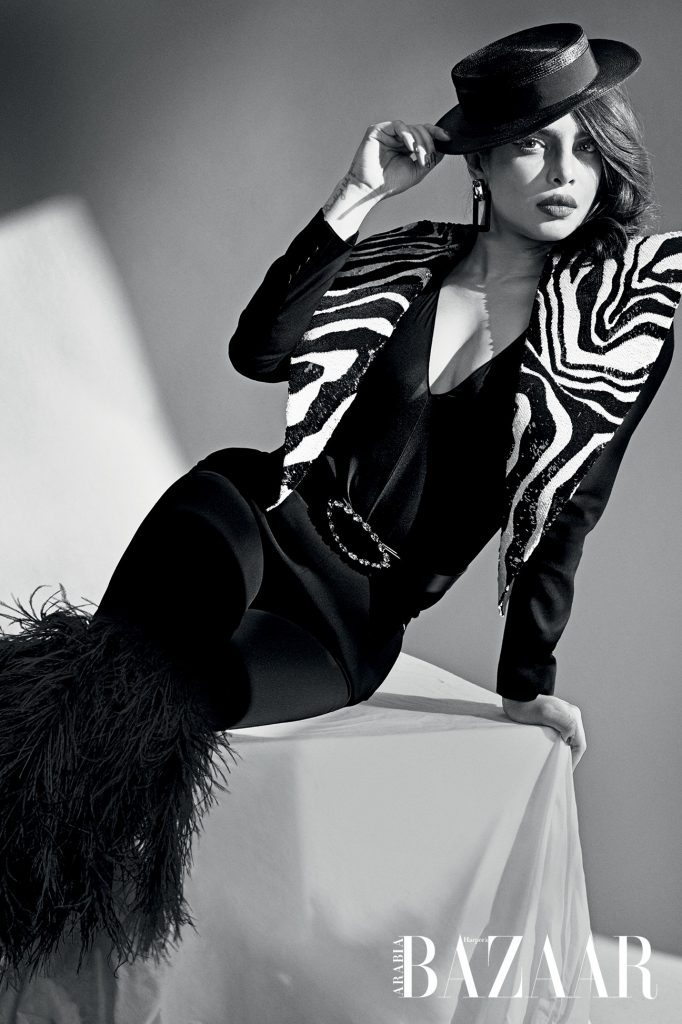 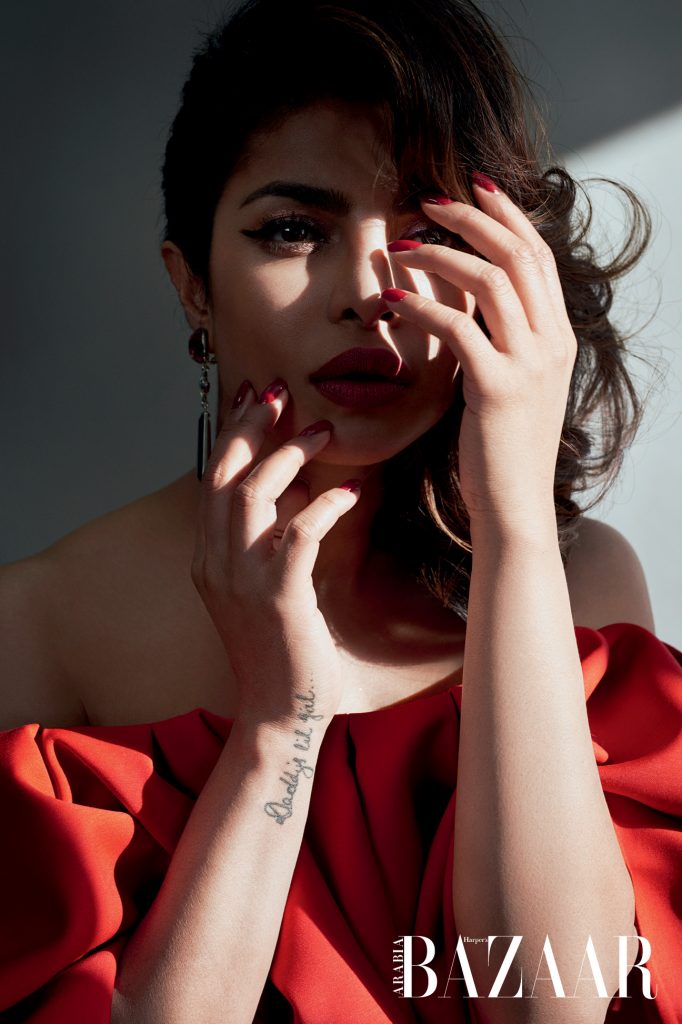