The Wow-und Up 2019 Edition: Biggest Celebrity Fashion Moments of the Year

Ah, 2019! This has been the year of teeny-tiny bags and pink scrunchies, the year that has given us Billy Porter the only fairy god mother we will ever need/want, Kim K in the iconic “wet dress” and Celine Dion has made our hearts gooooooooo onnnnnnnnn! The celebrities have made our hearts go pitter-patter and we (me, myself and I) are here for it! So without further ado Wow Magazine is here to give you a summary of all the celebrity big hits (and misses but start with the good news first yes?) of 2019 Wow Mag style.

Lady Gaga at the Met Gala:

Can we take a moment to appreciate just how insane Mother Monster’s fashion choices have been in the last decade? With the Met Gala’s 2019 theme; “Camp: Notes On Fashion” and Lady Gaga’s normally campy style we expected some over the top sizzling hot looks served and Hunty did not disappoint! Now the Met’s theme this year was interesting with a lot of iconic looks but we bow to Lady Gaga’s giant fuchsia Brandon Maxwell designed pink cape gown turned vampy corseted black dress turned dazzling bright pink dress all the way to her underwear because if not Lady Gaga with four incredible outfit changes right on the red carpet who would dare? 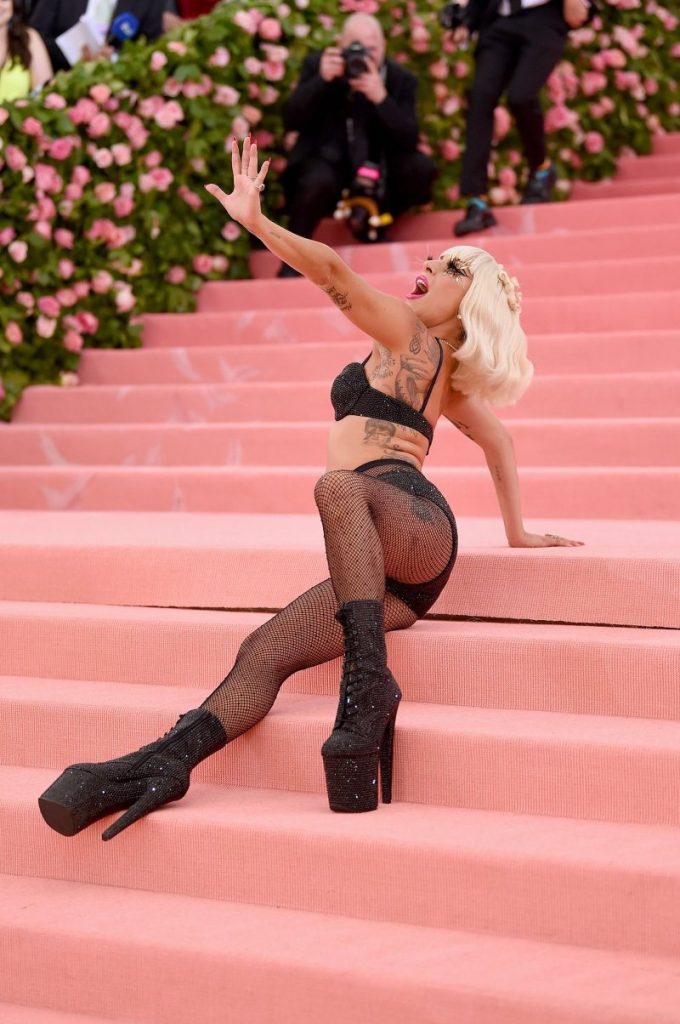 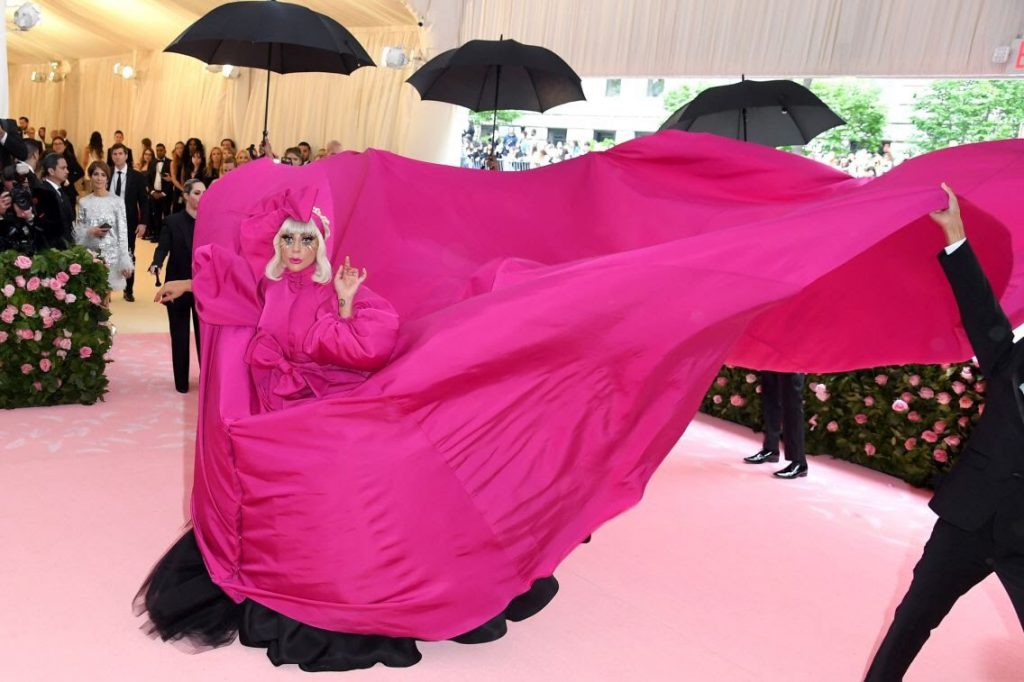 Jason Mamoa wore a pink velvet Fendi suit with a matching pink scrunchy and casually broke the internet as he, AKA Aquaman, ripped god of the sea and cinema screen is wont to do. If the gender conversation has somehow skipped your feeds and your timelines and you take nothing away from the woke conversations, take this; it was 2019, a Hawaiian god strolled from Mount Gorgeous wearing pink velvet and it was glorious. 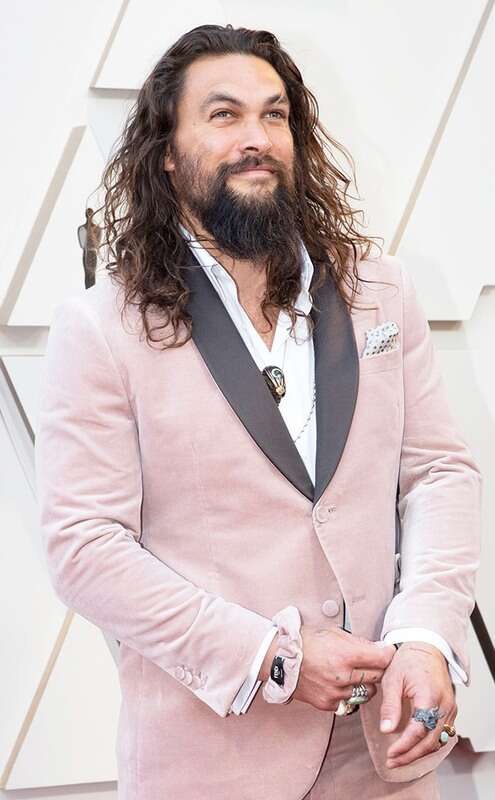 Toke Makinwa is the Sugar Spun Queen of Candyfornia:

T.M serves us looks for breakfast. No, this is not an exaggeration that woman probably looks more elegant eating breakfast than us regular humans do after three days in a makeup artist’s chair. So it comes to absolutely no one’s surprise that the original baby girl is sitting pretty on this list with her cotton candy pink and mint green tulle and taffeta confection. Baby girl took the theme and spun it into perfection with the perfect baby bag to match. Toke, Toke, Toke, ah ah! 2020, give us small time to catch our breaths please, wear something ugly, have a bad hair day or take a selfie from the wrong angle because this perfection is unfair.

Billy Porter Snatching Wigs and Hearts in the Only Tux We’d Ever Really Needed:

Christian Siriano created the most iconic look; a Tuxedo gown for Billy Porter and um guys? WE ARE NOT WORTHY. This entire dress, all voluminous gorgeousness of it was more memorable than the entire Oscars and this is the hill I’ve chosen to die on don’t even @ me. The balance he struck, skirting the edges between what is considered “masculine and feminine” was a thought provoking statement that fashion does not limit itself to gender expressions nor does it concern itself with stereotypes after all paraphrase the fairy god mother himself if women can show up in a well-tailored Tux and no one bats an eyelid, then maybe we should work towards a society where people are not judged based on fashion alone. 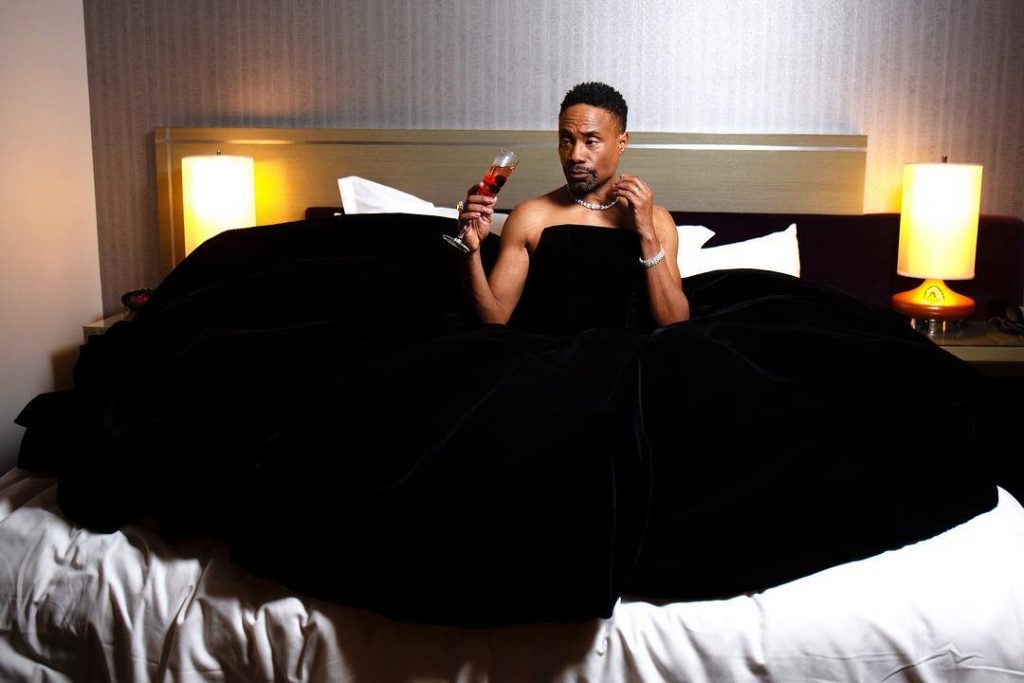 Oh, and a honorable mention because Billy Porter has more style in his little finger than the rest of us mere mortals have in our entire bodies.

J.Lo and the Dress that Launched a Thousand Google Images:

So Jennifer Lopez wore a green Versace dress in 1999 and the dress was so searched for that google created a new section AKA google images to provide a quicker way to find it. It was only fitting that she walked the Milan Fashion Wearing a re-imagined version of it, looking dare we say it, even better than it did in 1999? Does J. Lo even age? 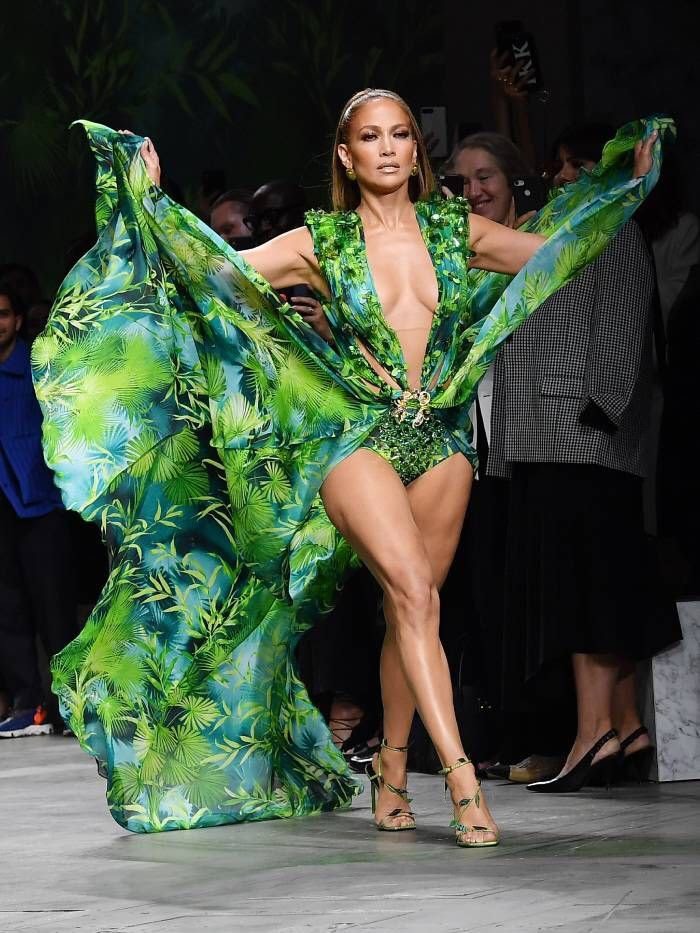 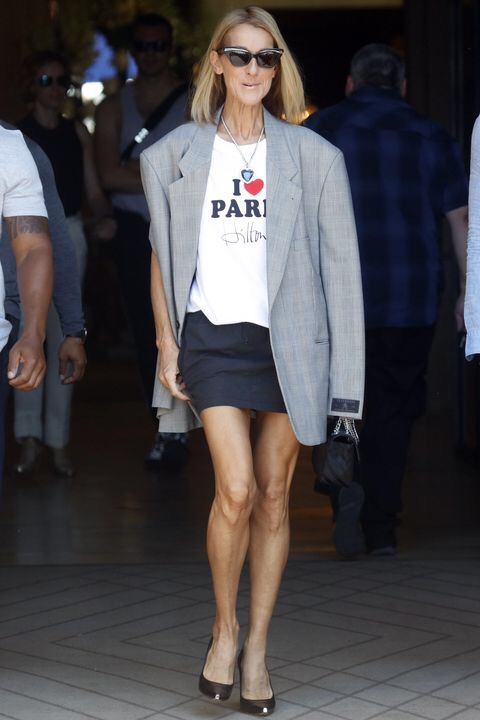 Ebuka Obi-Uchendu as the Caped Crusader:

Okay so maybe the only thing he was crusading was the Big Brother Naija stage but can your man ever begin to can? Ebuka took no prisoners this year from deliciously embroidered traditional wears to sinfully tight suits that, to be honest, we only tuned in the live show to see, Ebuka deserves a spot on this list.  He navigated the stage and that beautiful yellow cape right into our hearts with panache and confidence deserving of the only true serving of pepper we will ever need. 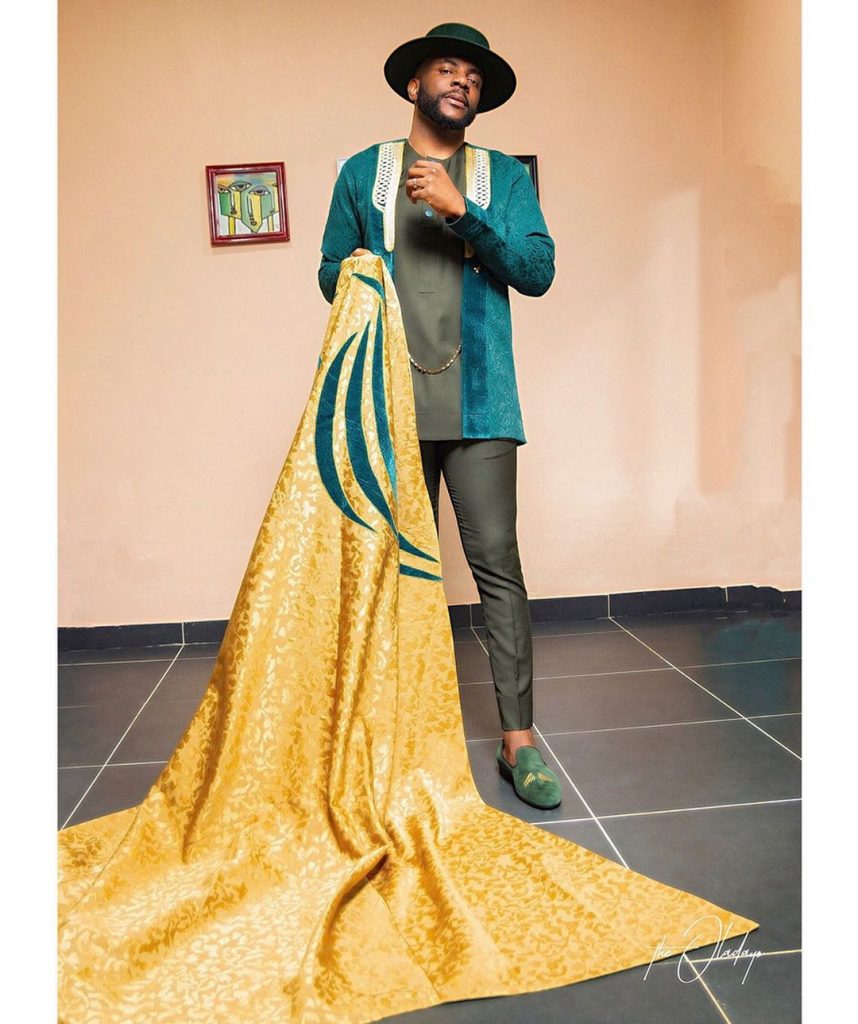 While Lizzo’s look for the American Music awards was Ahmayzing what caught ours and every other person’s eye was her almost microscopic bag which apparently had just enough space for all the f—ks she give. While not functional in the least this ground breaking accessory is the comic relief we craved and let’s be honest, this bag like Lizzo is exactly the energy we need going into 2020.

Kim puts the Sex in Wet:

To be fair Kim Kardashian has been known to put the sex in everything (despite her stint as the sexiest Mummy G. O. we did ever see) but her wet look by Designer Thierry Mugler for the 2019 Met Gala has us wondering if the laws of gravity and simple biology (since there are reports that Kim had to go through extreme breathing exercises to wear the unholy torture device… I mean corset) don’t apply to celebrities. This deceptively simple look deserves a spot here because the sheer amount of work it took to pull the look off has us dropping our fried chicken and reaching for the nearest dumbbell. 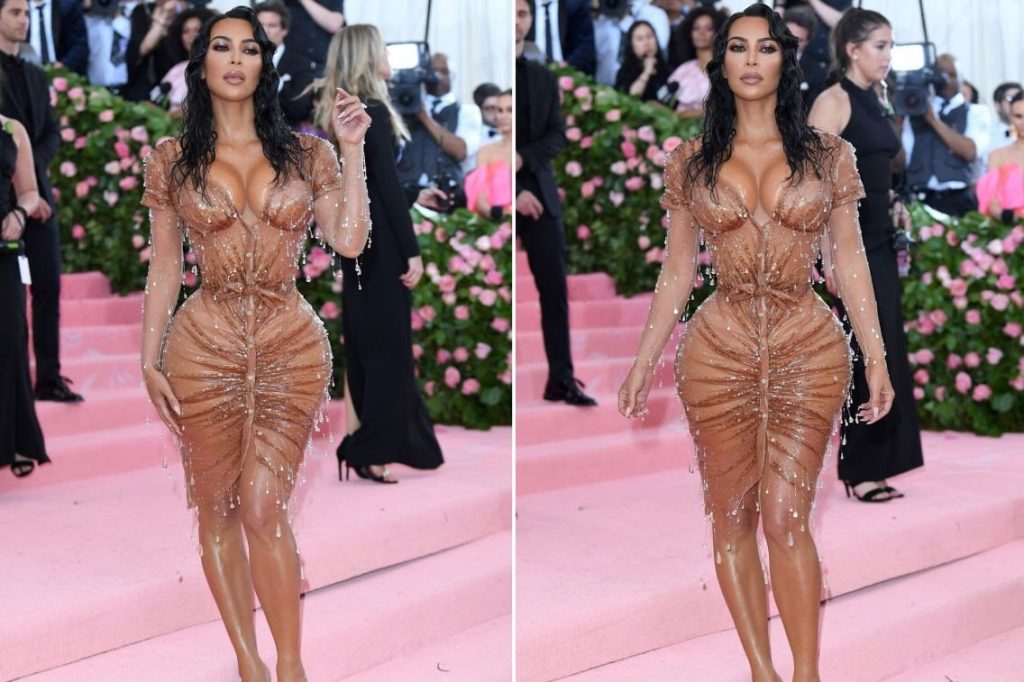 I have just six words, Celine Dion at Paris Fashion Week. Every single thing she wore was INCREDIBLE. I have no words! 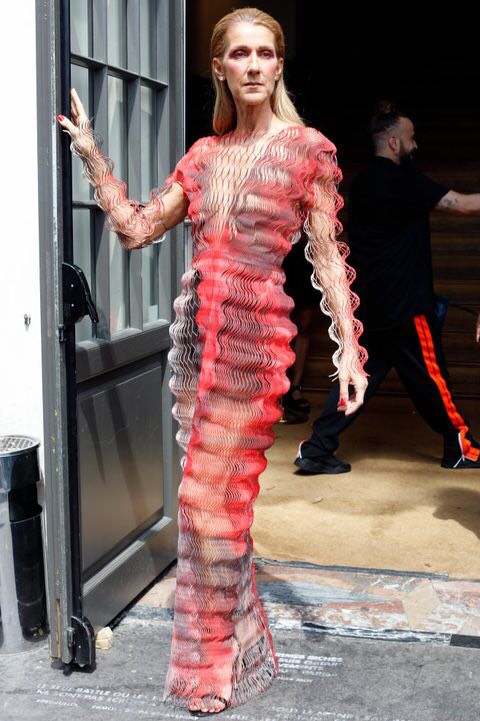 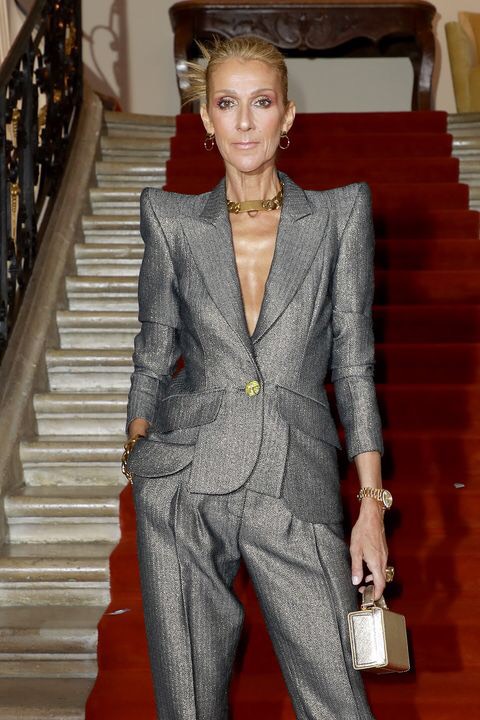 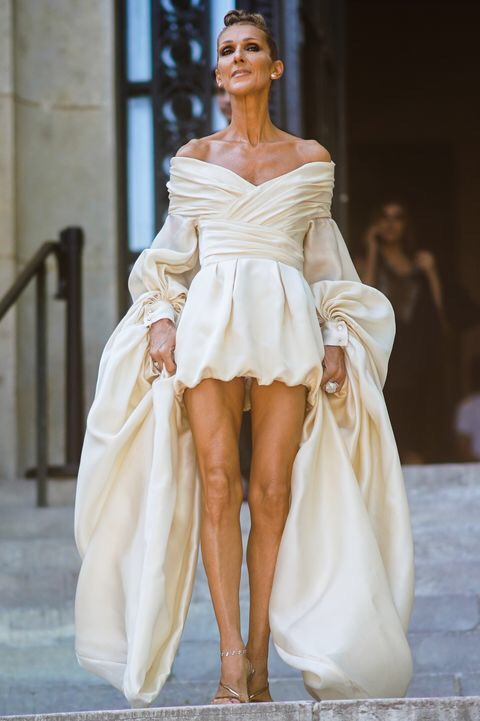 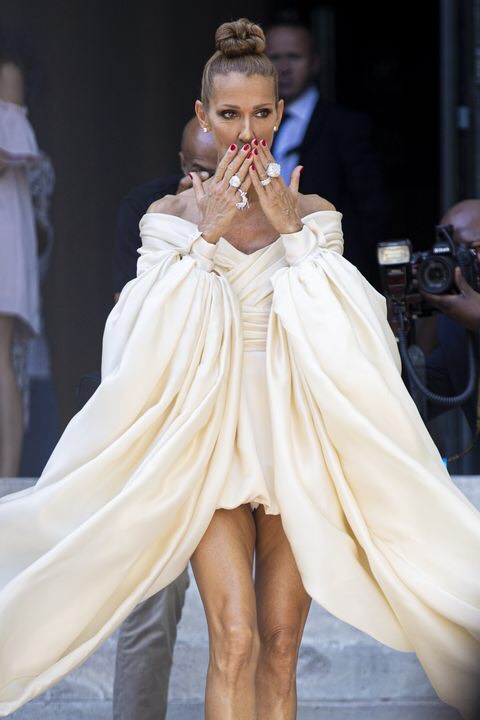 It is 2019 after all and bras don’t have to be uncomfortable if you’re so inclined thank you Katie Holmes. The next time we have $250 dollars lying around we will buy this insanely comfortable Katie Cashmere bra forget diamonds comfortable bras are a girl’s best friend. 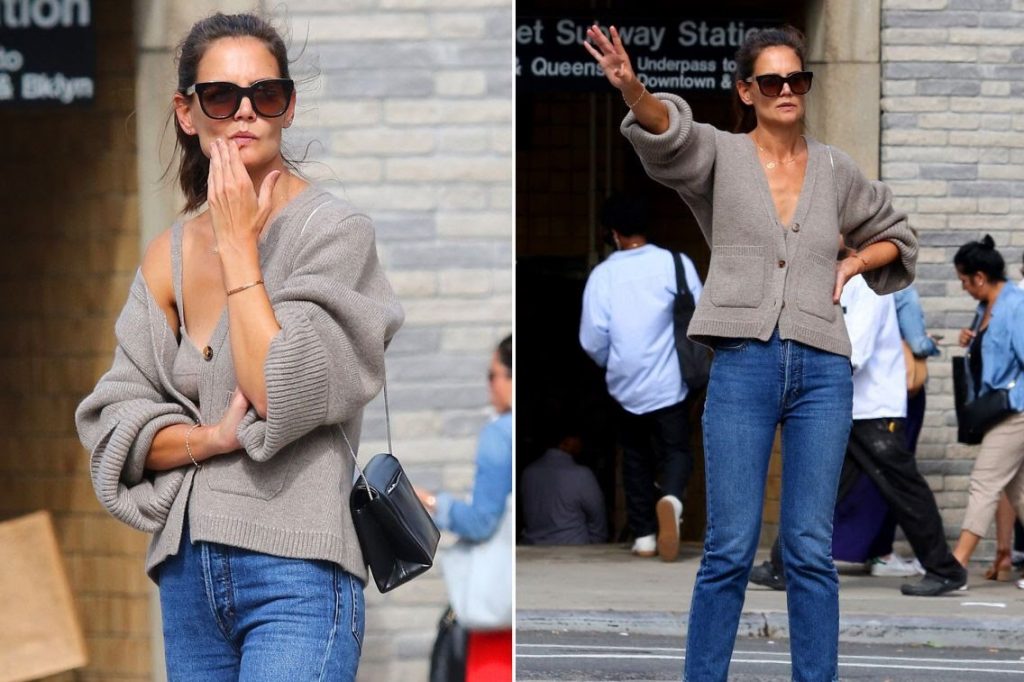