The mogul whose product has been valued at $72 million dollars less than 3 months after Fenty launched, graces the cover of the November issue of Vogue Arabia with a look that pays homage to ancient Egyptian Queen Nefertiti. For the cover, Rihanna spots a blue headdress and  a long snake skin Gucci coat while on an alternative cover she spotsthe same head piece but with a textured lace coat. . In another shot, she wears a semi-sheer foil dress. 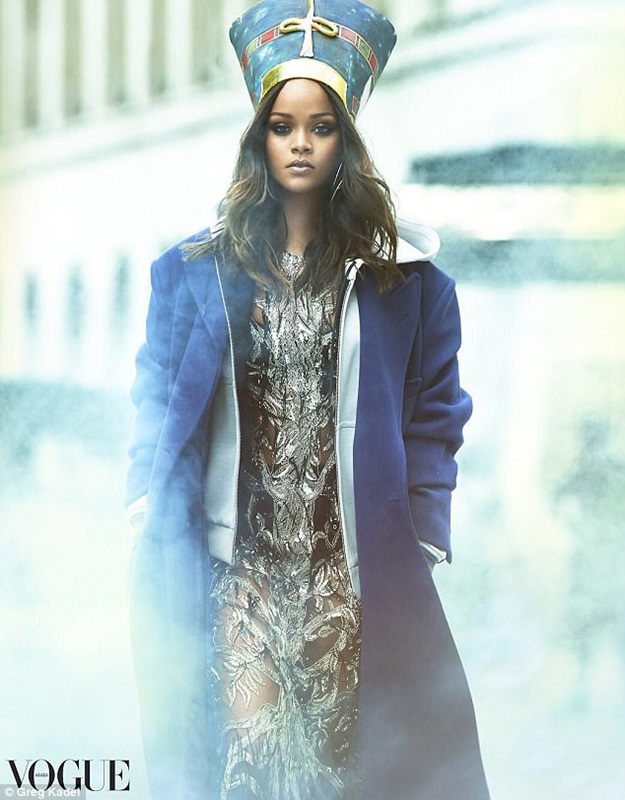 A statement for the issue reads, “Rihanna is among the many creatives, from fashion designers to performers, who continue to find inspiration in this figure, whose name means ‘a beautiful woman has come.'” 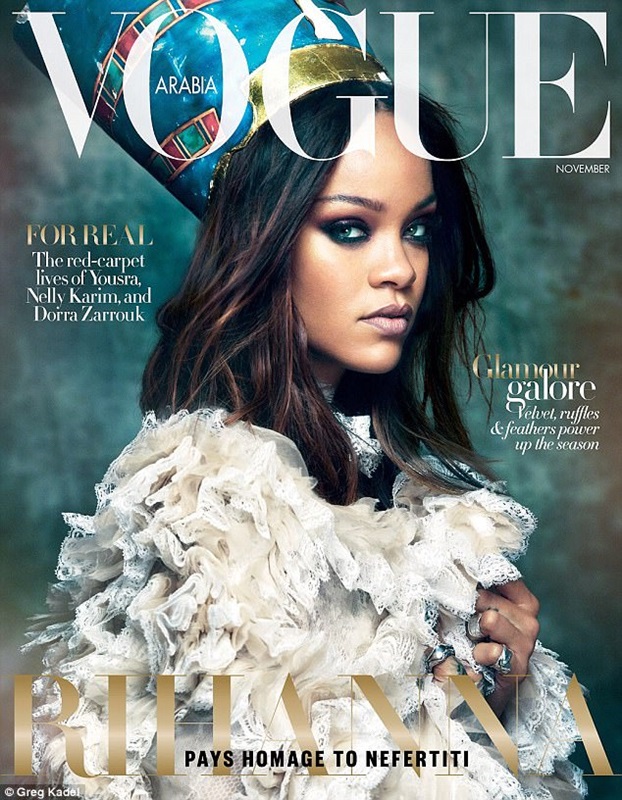 Vogue Arabia Editor-in-chief Manuel Arnaut elaborated, saying, “We are dedicating the issue to strong and dynamic women who are changing the world. Rihanna, our cover star, is one of them. Not only is she one of the most successful pop icons ever, shaping the entertainment industry with her powerful tunes and unique sense of style, she is also an advocate for diversity. Rihanna pays homage to this unforgettable queen, who still reigns as one of Ancient Egypt’s most celebrated figures.”

Shot by famed photographer Greg Kadel. No doubt the stylist was inspired by Rihanna’s love of the ancient ruler, as she has a bust of the Queen tattooed on the side of her ribcage.

– Queen Nefertiti was one of the most powerful women in Ancient Egypt almost 3,500 years ago

– The Queen ruled Egypt, alongside her husband Pharaoh Akhenaten, and has long been hailed as a feminist ruler, known for creating a religious revolution and showing the men at the time women could be powerful.

– Nefertiti had brought radical change to Egypt along with her husband Pharaoh Akhenaten. They had reigned during the wealthiest period of Ancient Egyptian history and were known for worshiping one God, Aten – the sun disc – and formed the Aten cult

While Rihanna looks gorgeous as always, some people have criticized the Fenty Beauty mogul’s cover for cultural appropriation.