For the new issue of Vogue USA, Rih discusses her Fenty Beauty, her new lingerie line -Savage X Fenty- plans for her upcoming album, what type of mum she thinks she will be and more. Check it out below!

“The VMAs is such a fan-focused awards show, so having that energy around me, and knowing the people who had received the award in the past, made it feel like a big deal,” she says. “Waiting through that speech was probably the most uncomfortable part. I don’t like too many compliments; I don’t like to be put on blast.” When I ask about the current state of their friendship, her attitude is sanguine. “We don’t have a friendship now, but we’re not enemies either. It is what it is.”

On her new relationship & on turning 30.

“I used to feel guilty about taking personal time,” she says, “but I also think I never met someone who was worth it before.” Though she’s reluctant to talk about her partner by name, rumors have been swirling around her connection to Hassan Jameel, a young Saudi businessman, since paparazzi photos of her vacationing with a handsome stranger in Spain made the rounds last summer. These recent romantic developments are, however, part of a much bigger sea change for Rihanna, who turned 30 this year. For the first time in her life, she’s fully committed to a healthy work-life balance. “Even mentally, just to be away from my phone, to be in the moment, that has been key for my growth,” she says. “Now, when I come to work, I’m all in. Because before you know it, the years will go by. I’m glad I’m taking the time. I’m happy.”

These recent romantic developments are, however, part of a much bigger sea change for Rihanna, who turned 30 this year. For the first time in her life, she’s fully committed to a healthy work-life balance. “Even mentally, just to be away from my phone, to be in the moment, that has been key for my growth,” she says. “Now, when I come to work, I’m all in. Because before you know it, the years will go by. I’m glad I’m taking the time. I’m happy.” 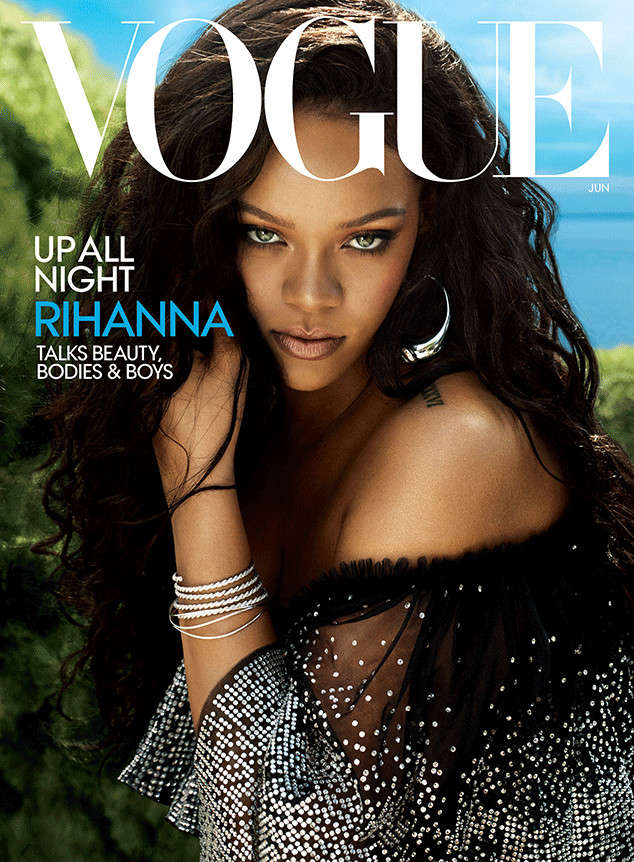 On what type of mother she thinks she would be

“I’m not gonna be able to take my eyes off my kid. I know that already about myself,” she says. “They’re going to have to force me to hire a nanny.” Even her taste for reality TV tends toward feisty matriarchs. Lisa Vanderpump, the 57-year-old star of The Real Housewives of Beverly Hills, might be Rihanna’s biggest girl crush. “Tell me who is a badder bitch than Lisa Vanderpump! She’s goals AF!” she says, cracking open a gold highlighter called Trophy Wife. “She’s chic but still funny. She likes to be at home with her husband and then goes and handles her business. Maybe there’s a couple of thousand Birkins in her closet, but she’s still focused. I love that about her.” 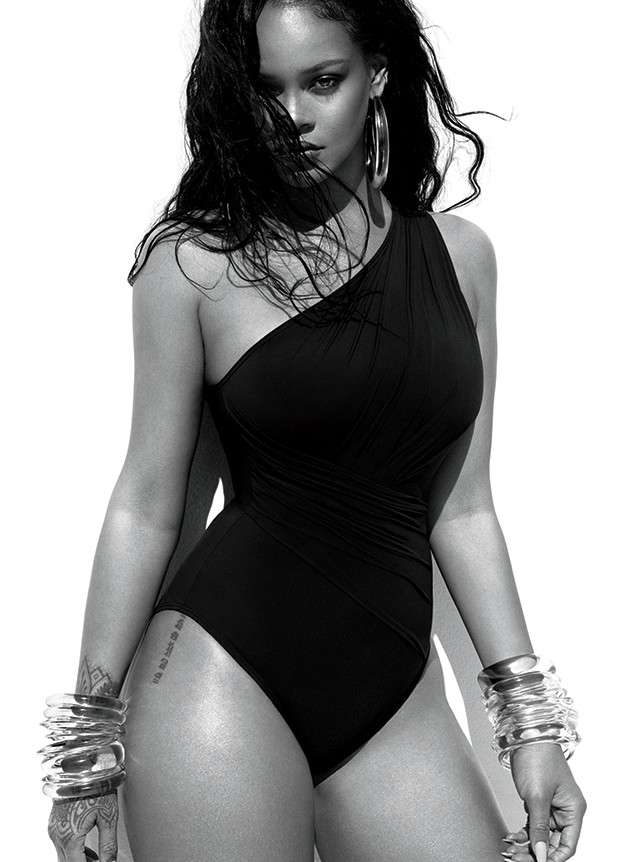 “As a black woman, I could not live with myself if I didn’t do that,” she said. “But what I didn’t anticipate was the way people would get emotional about finding their complexion on the shelf, that this would be a groundbreaking moment.”

She also revealed her newest business endeavor, a lingerie line titled Savage X Fenty, would include an inclusive range of nude options in addition to a wide range of sizes, which the brand has been focusing on in promotion.

And the meaning behind the line’s name? It’s about empowerment, she says.

“Savage is really about taking complete ownership of how you feel and the choices you make. Basically making sure everybody knows the ball is in your court,” she explained. “As women, we’re looked at as the needy ones, the naggy ones, the ones who are going to be heartbroken in a relationship. Savage is just the reverse. And you know, guys don’t like getting the cards flipped on them—ever.”

And yet Rihanna’s most impressive body of work begins and ends with her music. While it’s been more than two years since she released Anti, she continues to dominate the pop charts, and she set yet another benchmark this March as the first female artist ever to surpass two billion streams on Apple Music. With her next record—her ninth—Rihanna is moving the needle on her creative output all over again: She plans to make a reggae album. Though it’s too soon to name a full list of collaborators, one early influence may be Supa Dups, the Jamaican-born record producer who has worked with such dancehall greats as Beenie Man, Sean Paul, and Elephant Man. If Rihanna had to name her favorite reggae artist of all time, though, it would have to be Bob Marley. (Descriptions of the Bob shrine she once built in her home are all over the internet.) “I’m gonna sound like a real tourist when I tell you my top Bob songs,” she says, pausing to scroll through a playlist on her iPhone before rattling off many of his most beloved hits: “Three Little Birds,” “No Woman, No Cry,” and “Redemption Song,” a Marley classic she has covered on tour. It may surprise you to learn that of all the tunes in the reggae icon’s catalog, “Buffalo Soldier” is the one that resonates with Rihanna on a deeply personal level.