Yesterday, we brought you the good news that Skepta & Naomi Campbell are the new cover stars for British GQ’s April 2018 issue

British GQ, has officially unveiled the cover and we are absolutely loving it. 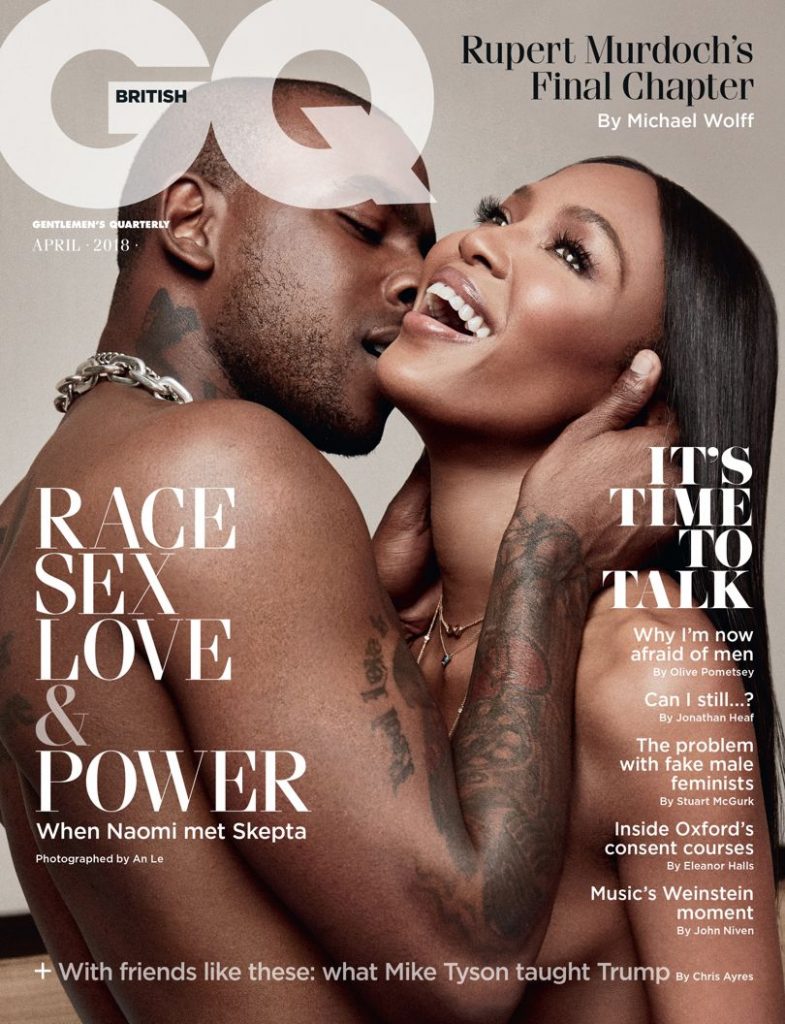 This excerpt was shared on their website along the photo above

Introduced by Enninful, himself a longtime friend and collaborator of Campbell’s, the pair took Polaroids with Kate Moss before going on to the after-party together. That night Skepta lost his phone, although Campbell still has the photo. A series of Instagram images with love heart emojis chronicle the friendship that blossomed, which, this year, took a professional turn. For the launch of Skepta’s new underwear line as part of his MAINS collection, he asked Campbell to collaborate.”

This issue hits newsstands on the 8th of March.