Amid global protests condemning the systemic racism and police brutality which led to his murder, George Floyd was finally laid to rest today (June 9- June 10 in Nigeria) at the Fountain of Praise Church in Houston, Texas.

The service which lasted for two hours, was limited to 500 invited family members and guests in an effort to accommodate social distancing requirements because of the coronavirus pandemic.

Amongst other celebrities, Channing Tatum and Jamie Foxx were seen paying tribute. Three time Grammy award winner Ne-Yo, was also there. He shed tears while singing a rendition of GC Cameron’s “It’s So Hard to Say Goodbye to Yesterday.”

Elsewhere, The New York Stock Exchange observed an 8 minute and 46 second moment of silence in honor of George Floyd who died after Derek Chauvin, a white police officer knelt on his neck for that length of time. The moment of silence at the NYSE, which is owned by Intercontinental Exchange Inc, began at noon, to coincide with the beginning of the funeral.

George Floyd was 46 when he died. He is survived by five children. 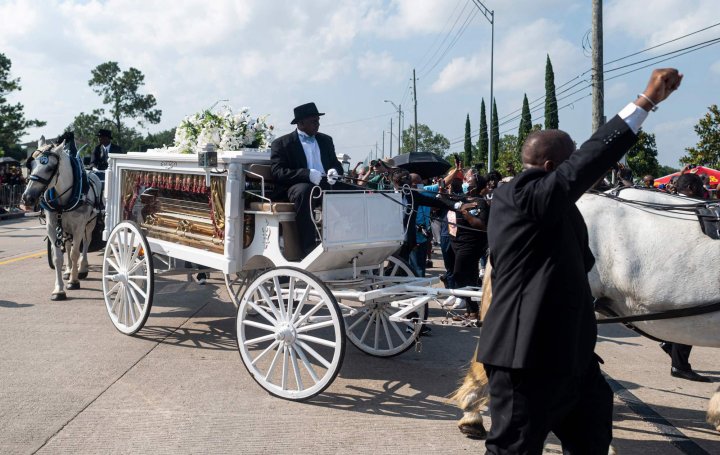 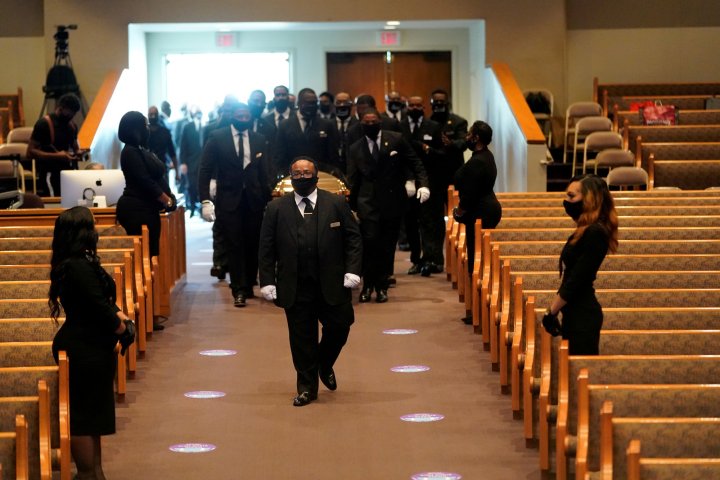 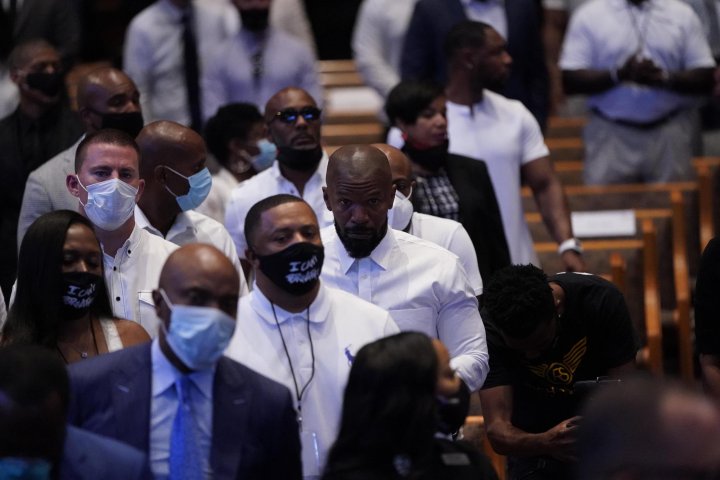