On the card, Kevin Hart, his wife Eniko Parrish, his son Hendrix, 10,  daughter, Heaven, 12, and newest addition to the family, Kenzo, are all dressed to the nines. 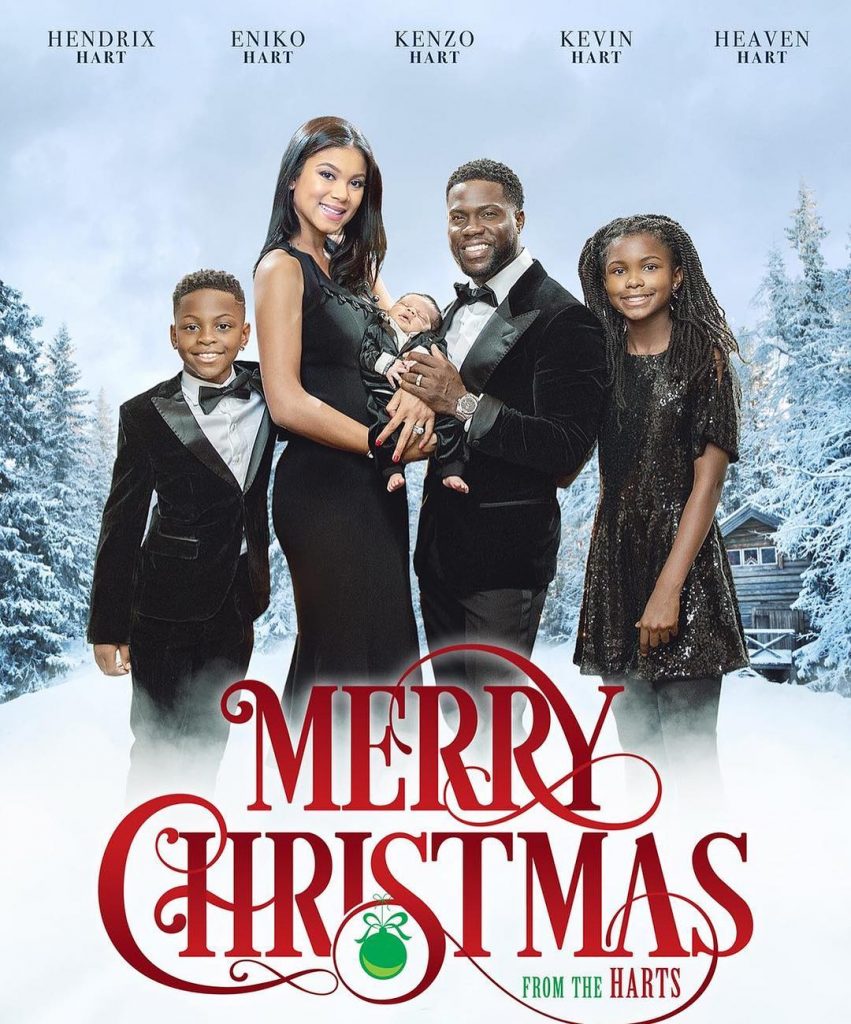 “Happy Holidays from the ‘Hart’s’…..it’s beginning to feel a lot like Christmas…. #LiveLoveLaugh #Harts #DopePic,” the star captioned his card.

The couple seems to be doing well, even after Kevin’s cheating scandal that happened during his wife’s third trimester. During, his interview on Thursday, with Power 105.1 FM, Kevin was asked about the cheating issue again and he said

“I’m guilty, regardless of how it happened and what was involved, the s— that I can’t talk about, I’m guilty. I’m wrong,” he said. “It’s beyond irresponsible. There’s no way around it. That’s Kevin Hart in his dumbest moment. That’s not the finest hour of my life. With that being said, you make your bed you lay in it.”