This shoot had a tranquil vibe, Kerry wore extremely nude make-up and had her natural hair weaved into cornrows in some photos. Kerry was adorned in Prabal Gurung & Gucci outfits through the shoot. 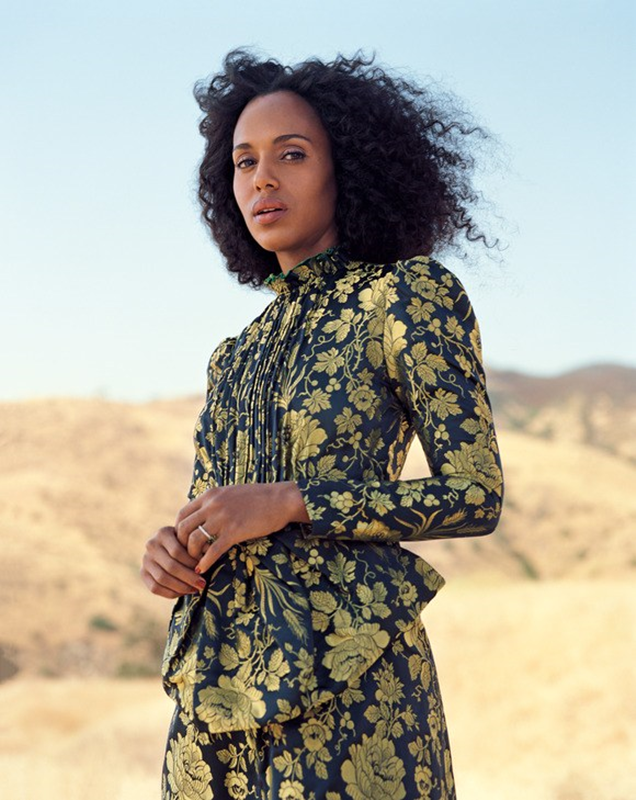 About African American hair texture, Kerry said “I like to wear my natural texture, especially now because I have children and I want them to know that their hair is perfect as it is. They don’t have to change it or straighten it. They can, but they don’t have to.” 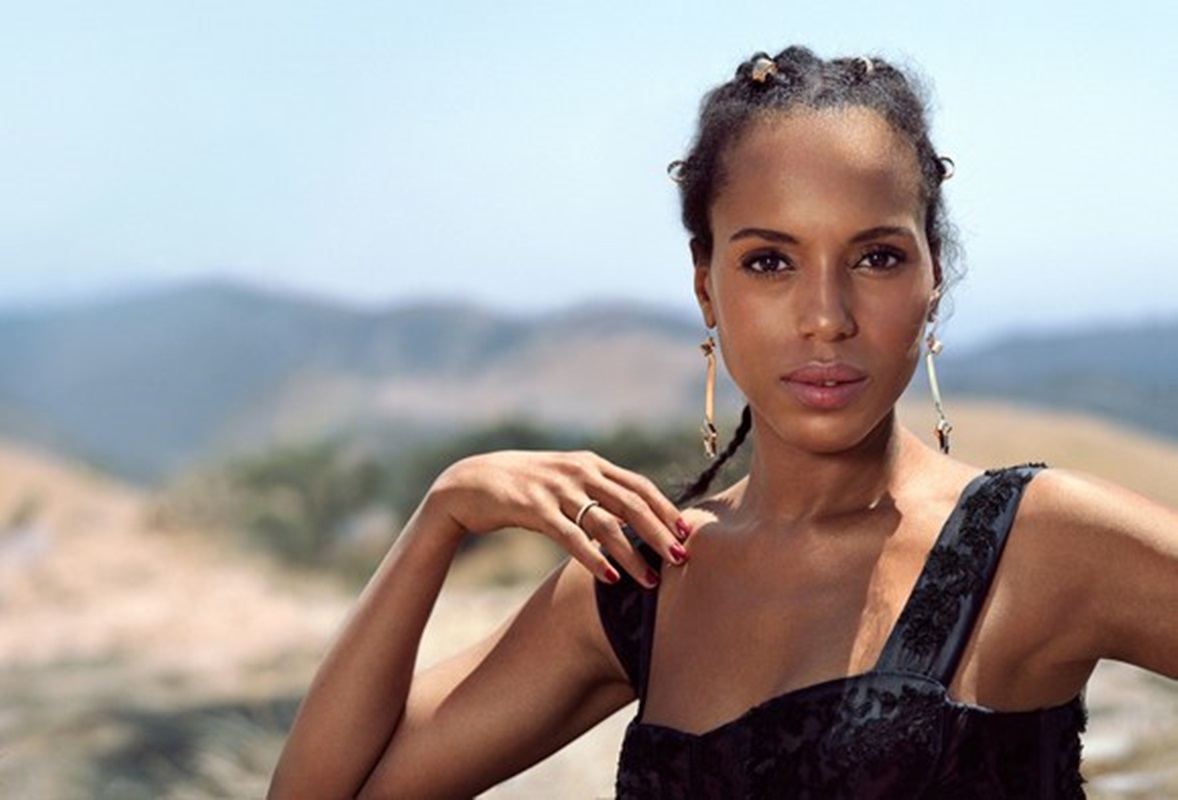 For some of last season, Washington was pregnant, and Pope was decidedly not. “I wore a lot of capes and big coats. And then when they would shoot me, I would be carrying really big Prada bags and standing behind chairs and desks and stuff. They really had it down to a science. There are episodes where you might be asking, why is she standing behind that bouquet of flowers? So that’s why,” she says. 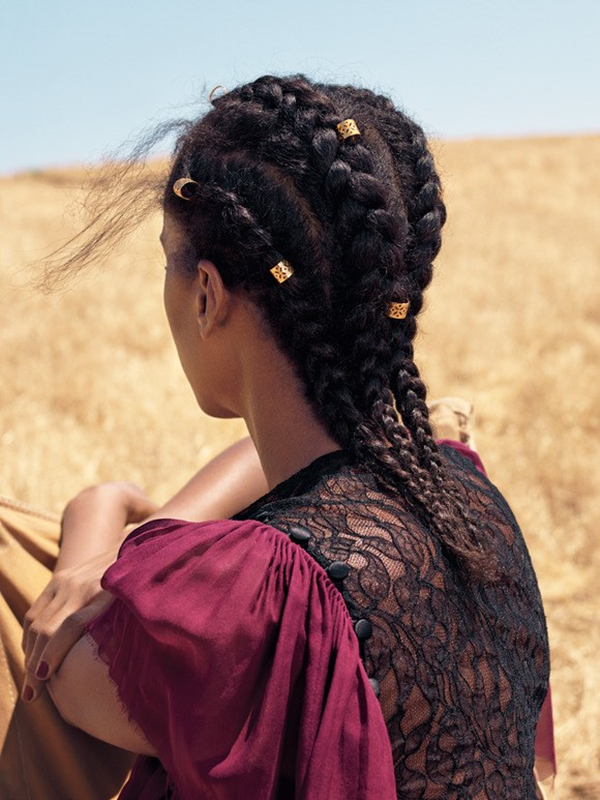 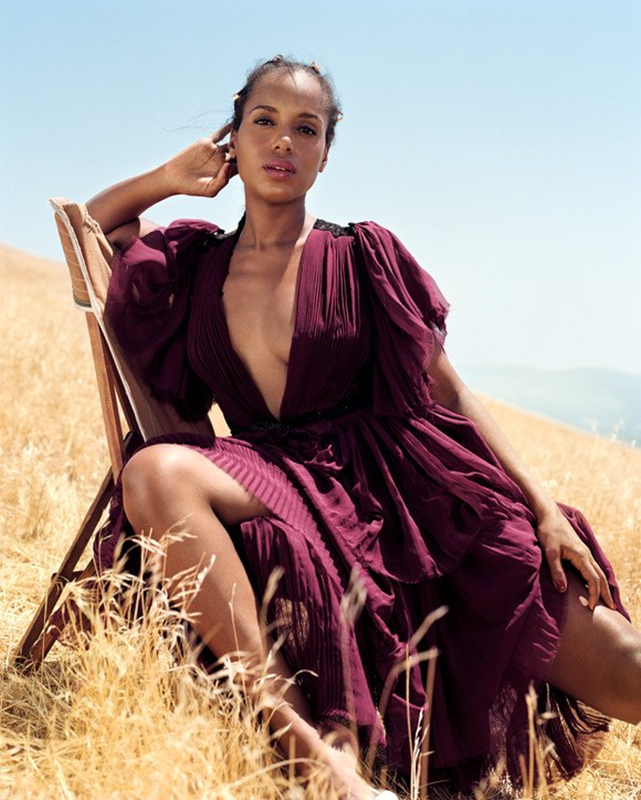 Given the icy perfection of the character she plays on TV, Washington likes to remind people that aspiring to Pope’s look is not only unnecessary; it’s futile. “There’s someone who follows me around all day long [on the set],” she said. “Like, literally follows me to make sure there’s not a single hair out of place. This is somebody’s full-time job. Then someone follows me around to add powder so that I never look shinier than I’m supposed to.” The need to make Pope perfect is such that there isn’t just one concealer for her — there are different concealers depending on the day of the week. “Friday night’s concealer is very different than Tuesday afternoon’s concealer. They get thicker as the week goes on and you get more exhausted.” 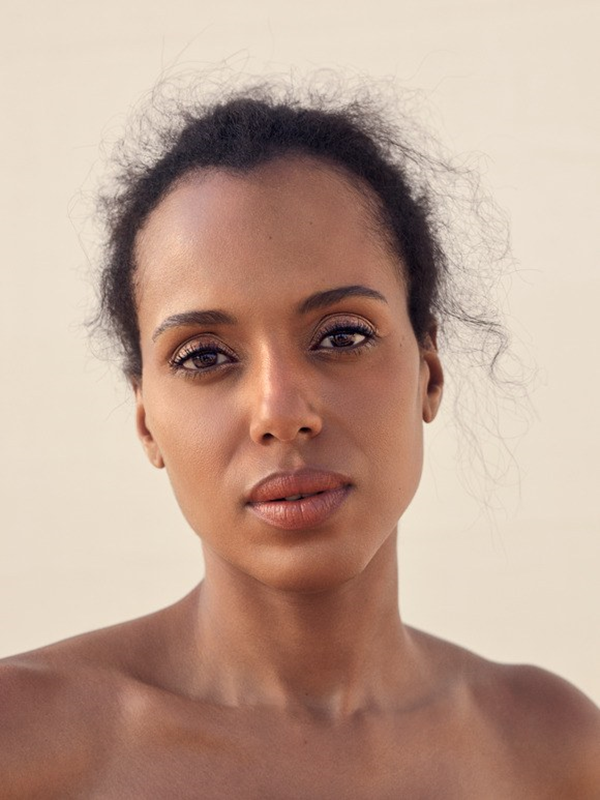