Ten days before Donald Trump took on Colin Kaepernick and the NFL and Stephen Curry and the NBA, and before LeBron James, one of the most famous and popular humans in America, called the president of the United States a “bum” on Twitter, when asked if he thought his adversarial stance against Trump might end up being for him what the Vietnam War was for Muhammad Ali.

“I think Ali represented something bigger than Ali. He wanted to make a change for a future without him included. That’s what Ali brought to the table. I don’t know what it’s like to live in every state in this country, but I know freedom. I know the opportunity that our country has given people, and to see the guy in charge now not understanding that is baffling to not only myself but to my friends and to the people that’ve helped grow this country. But Muhammad Ali’s correlation to the war… I don’t think me and Donald Trump could ever get to that point.”

On the other hand, an athlete’s greatness can be defined more expansively. What was their influence? What did they mean? It’s almost like the difference between a strict and a broad constructionist. The former looks at only what’s there and says, for example: He was a top-three running back based on rushing yards and touchdowns. The latter looks at the expansiveness of the role an athlete plays in their society at a given time and asks: Who were they compared to? Who could they and should they have been? What did they do for their generation? What power did they wield, and to what effect? 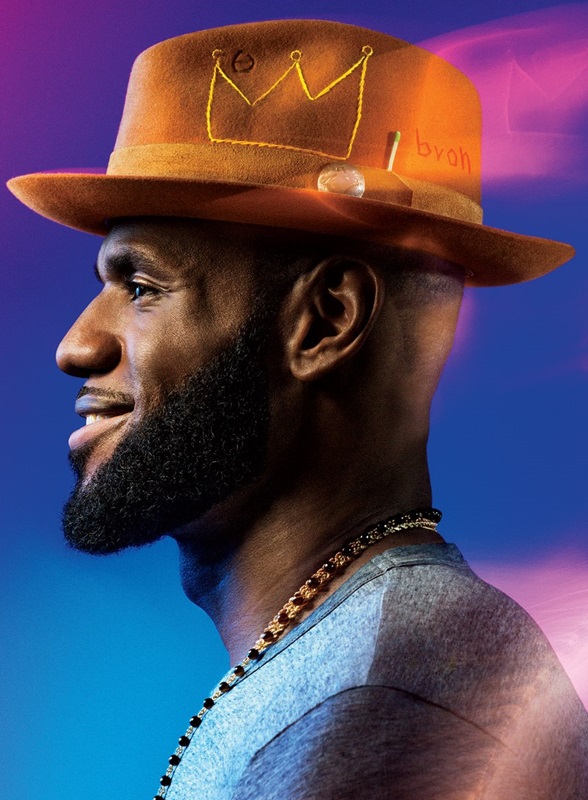 On injuries and scars:

How’d you get those scars on the back of your head?

In a basketball game?

“In practice, when I was in Miami.”

Really?! By who? I bet they were nervous.

“Yeah, they were! I won’t say who it was, though.” He laughs. “My own teammate elbowed me.… Sixteen [stitches] across the back.”

“During the Finals I fell into a camera, against Golden State. The first time we played them.”

Did you have any stitches then?

“No, I actually—this was just glue. It was going to be staples, but I told them, ‘Don’t fucking staple my head.’ And they put in the glue, and it didn’t heal right. We kept this one under wraps, though.” 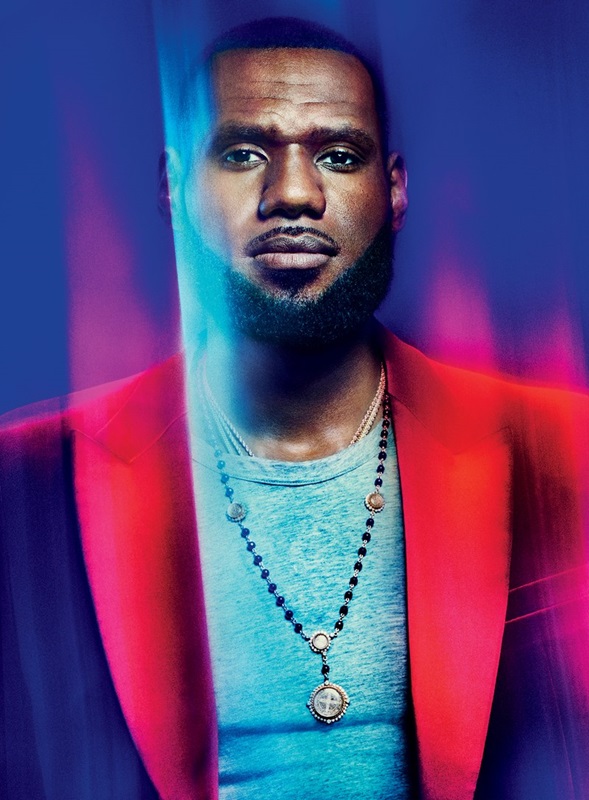 On whether he would want to be president:

“I say no because of always having to be on someone else’s time. From the outside looking in, it seems like the president always has to be there—gotta be there. You really don’t have much ‘me time.’ I enjoy my ‘me time.’ The positive that I see from being the president… Well, not with the president we have right now, because there’s no positive with him, but the positive that I’ve seen is being able to inspire. Your word has command to it. If you’re speaking with a knowledgeable, caring, loving, passionate voice, then you can give the people of America and all over the world hope.”

On why speaking up on social issues is important to him:

“Nah, it’s my responsibility. I believe that I was put here for a higher cause. We have people, not only today but over the course of time, that have been in the higher positions that chose to do it and chose not to do it.”

But do you think it’s wrong not to speak up if you have the platform?

“I don’t think it’s right or wrong. If it’s in you, and if it’s authentic, then do it. If it’s some fake shit, then the people, the kids, they’re going to notice it. They know.” 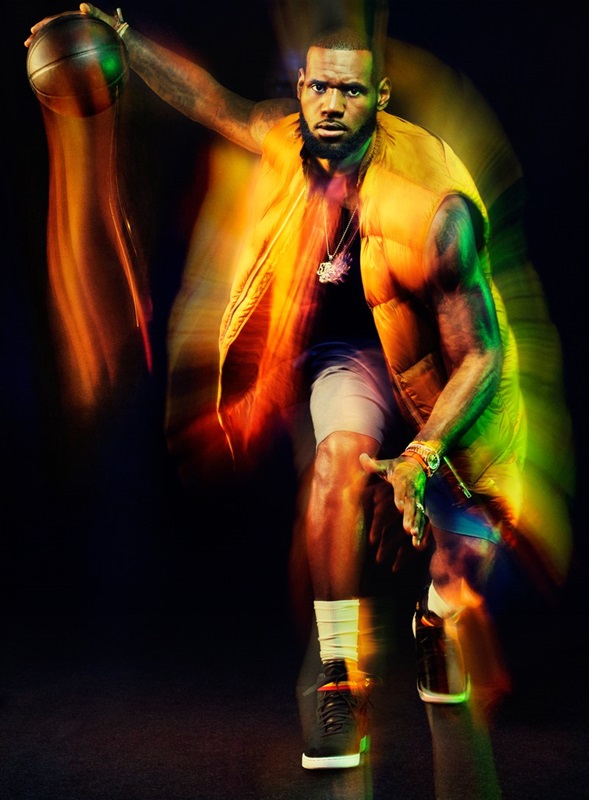 On the high level of racism in Ohio, but how he is still worshiped:

“True colors will show, and it showed for me during the playoffs, where my house in Brentwood, California, one of the fucking best neighborhoods in America, was vandalized with, you know, the N-word. And that shit puts it all back into perspective. So do I use my energy toward that? Or do I now shed a light on how I can use this negative to turn into a positive, because so many people are looking for what I’m going to say. I had a conversation with my kids. I let them know this is what it is, this is how it’s going to be. When it’s time for y’all to fly, you’ll have to understand that. When y’all go out in public and y’all start driving or y’all start moving around, be respectful to cops, as much as you can. When you get pulled over, call your mom or dad, put it on speakerphone, and put your phone underneath the seat. But be respectful the whole time.”

On if a state that elected Donald Trump also love LeBron James? Is that actually possible:

“That’s a great question. I think, um, they can love what LeBron James does. Do they know what LeBron James completely represents? I don’t think so. So those people may love the way I play the game of basketball, because they might have some grandkids, you know, they might have a son or a daughter or a niece that no matter what they’re talking about, the kids are like, ‘LeBron is LeBron. And I don’t give a damn what you talking about. I love him.’ So they don’t have a choice liking me. But at the end of the day, these people are gonna resort back to who they are. So do I have a definite answer to that? My state definitely voted for Donald Trump, the state that I grew up in. And I think I can sit here and say that I have a lot of fans in that state, too. It’s unfortunate.” 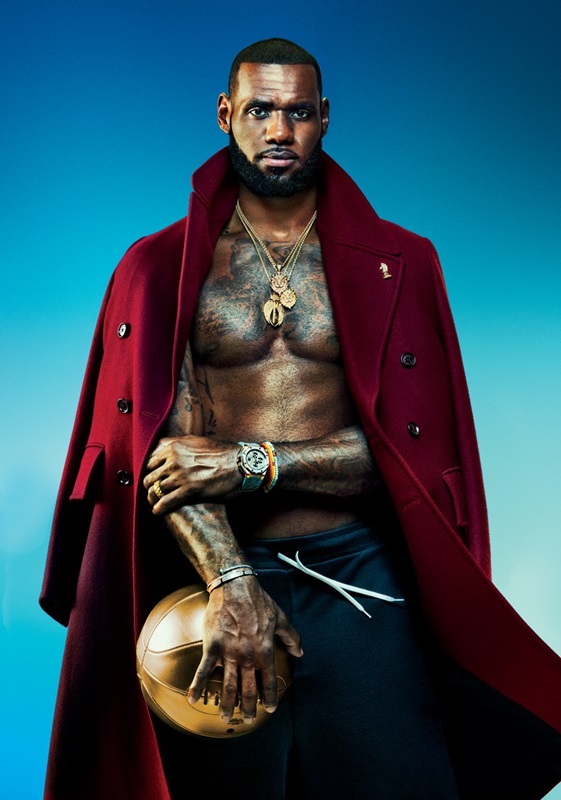 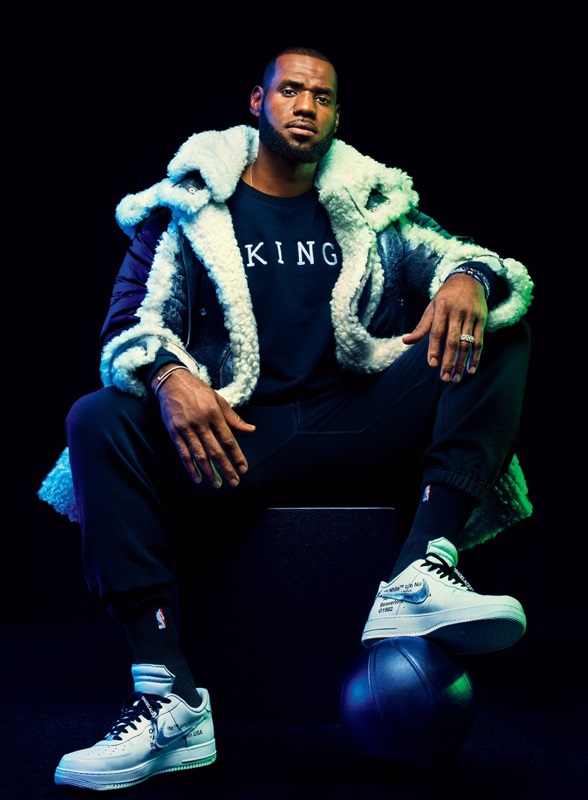 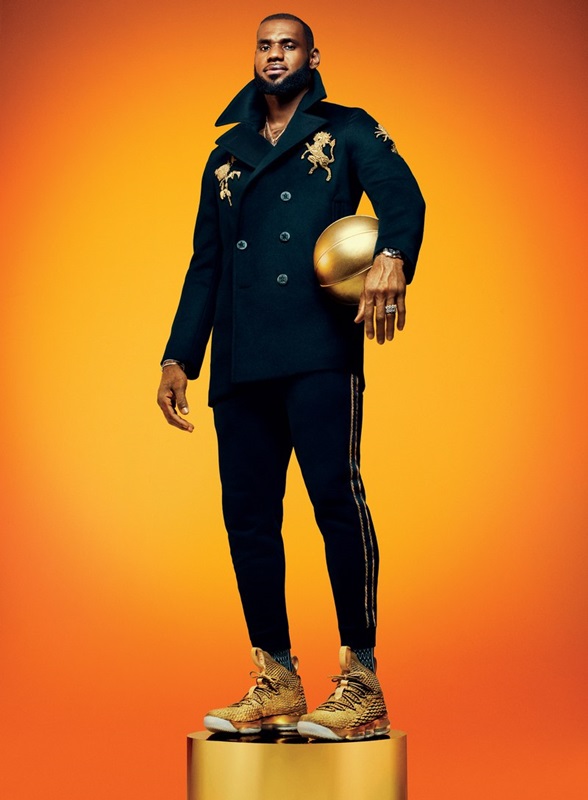 On what LeBron James owes the city of Cleveland?

Mark Anthony Green is GQ’s style editor. This story originally appeared in the November 2017 issue with the title “The King.”