To celebrate the one year anniversary for the print edition of Vogue Arabia, two of the most famous models in the Arab world, Iman & Imaan Hamaan are the cover stars for this collector’s edition. 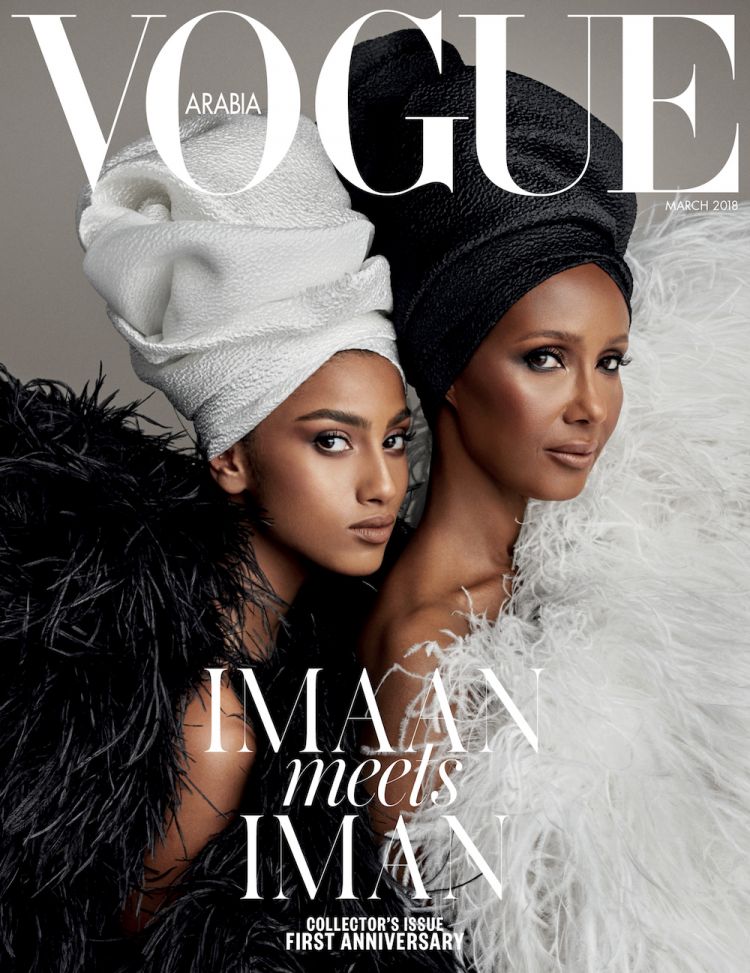 “The two stars of the March issue were brought together in New York by fashion director Katie Trotter, shot by Patrick Demarchelier, and styled by Michael Philouze.

The March 2018 anniversary issue is a bumper 400 pages and weighs in at a whopping 1kg. In this biggest-ever issue, expect modest fashion trends, bold beauty, empowering women, icons of Arabia, celebrity interviews, and a Middle Eastern royal contributor. Further highlights include model Cindy Bruna dressed in Alaïa while jumping across rooftops in Tunisia; an exclusive interview with Sheikha Mozah Al Maktoum, the first female pilot hailing from Dubai’s ruling family; a candid discussion with Saint Laurent’s young creative director, Anthony Vaccarello; four former beauty queens talking about life after Miss Lebanon; Ingie Chalhoub being honored in the best way possible; and Halima Aden and Mariah Idrissi discussing the changing face of fashion.
Pick up your copy of the anniversary issue on March 1.”