Yes, Rihanna will be hosting MET GALA 2018 alongside eponymous designer, Donatella Versace & Human rights activist  and lawyer, Amal Clooney-who is also the mother of two children- They will be taking over from last year’s hosts- Katy Perry and Pharrell Williams.

The theme for the 2018 MET Gala is “Heavenly Bodies: Fashion and the Catholic Imagination”. 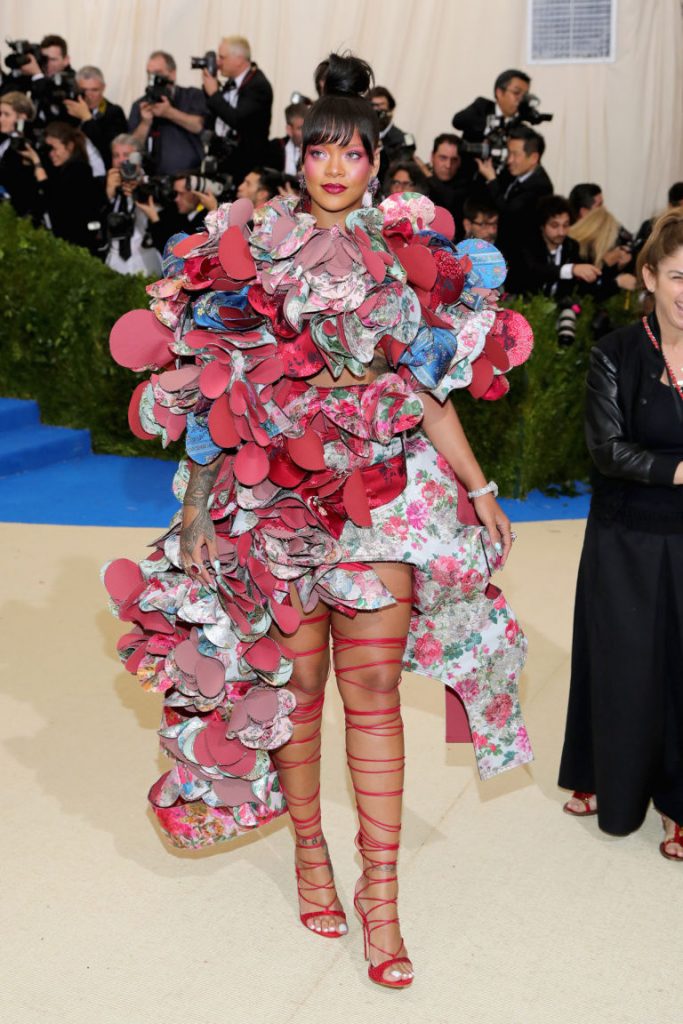 Vogue reports that the curator of the fashion exhibit Andrew Bolton aims to display how ‘material Christianity’ has helped for the ‘Catholic imagination’.

Among the 150 or so ensembles that will be on display are pieces by Coco Chanel, who was educated by nuns, and John Galliano, whose transgressive Fall 2000 Couture collection for Christian Dior opened with a mitred, incense-swinging pope-like figure who proceeded down the runway to a voice intoning: ‘Understand the concept of love.