Adwoa Aboah is the cover star for British Vogue’s December Issue, the Ghanian-British model & activist is definitely having a good year as she has received recognition on many platforms and was recently announced as the new face for Marc Jacobs Beauty. 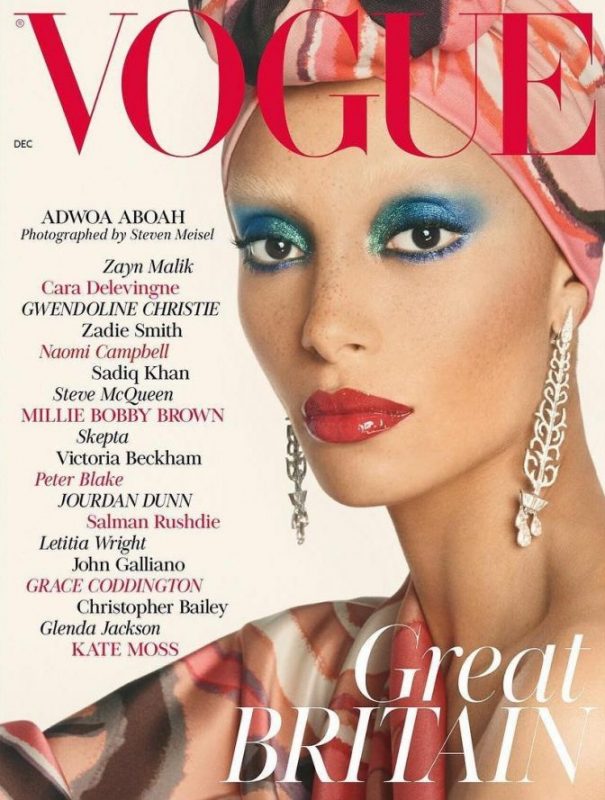 “Being on this cover is the biggest thing that’s happened in my career,” said Aboah — who founded the online safe space for young women, GurlsTalk, in 2015 — in a statement. “There is this newfound love and space for activism within fashion. I never would have dreamt in a million years that I would have young girls coming up to me at Glastonbury or on the streets of LA, New York, London, and telling me how much GurlsTalk or seeing my picture in a magazine means to them, as a woman of colour.” 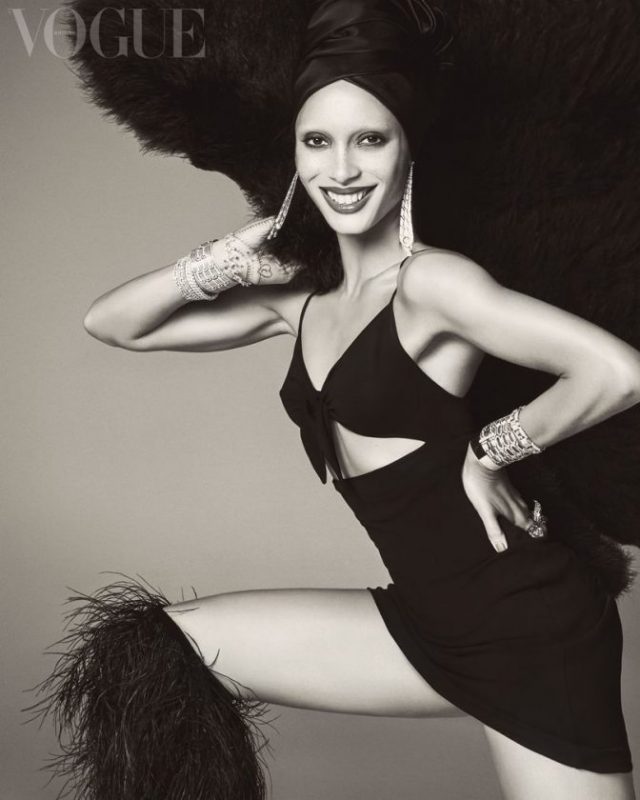 When he was appointed as the next editor-in-chief, Enninful said Vogue was a great title “with a legacy of creativity and innovation,” adding that he looked forward to continuing to produce an exciting and beautiful magazine for its readers.

Edward Enninful’s first edition at the helm of the title, the December 2017 issue of British Vogue stars the inspiring Adwoa Aboah, photographed by Steven Meisel, and is dedicated to Great Britain and all the brilliant creatives who represent it at home and abroad.