GQ magazine named its “men of the year” this morning, with former NFL player Colin Kaepernick  receiving the title of Citizen of the Year.

“He’s been vilified by millions and locked out of the NFL—all because he took a knee to protest police brutality. But Colin Kaepernick’s determined stand puts him in rare company in sports history: Muhammad Ali, Jackie Robinson—athletes who risked everything to make a difference.” 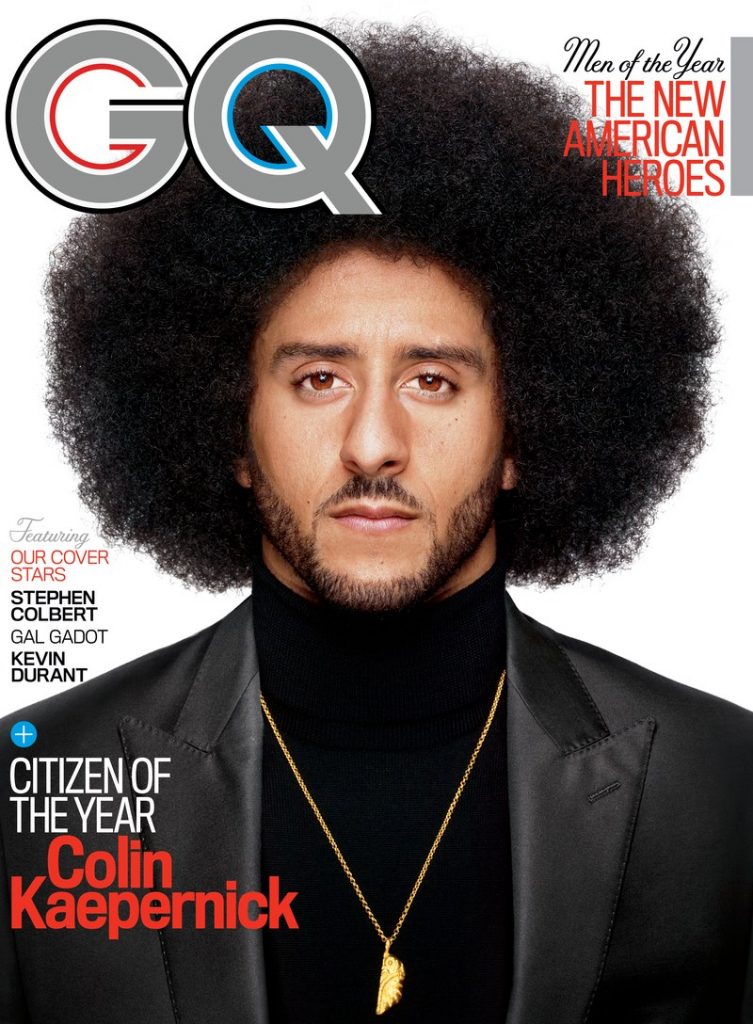 “In 2017, Colin Kaepernick is on GQ’s cover once again—but this time it is because he isn’t playing football. And it’s not because he’s hurt, or because he’s broken any rules, or because he’s not good enough. Approximately 90 men are currently employed as quarterbacks in the NFL, as either starters or reserves, and Colin Kaepernick is better—indisputably, undeniably, flat-out better—than at least 70 of them. He is still, to this day, one of the most gifted quarterbacks on earth. And yet he has been locked out of the game he loves—blackballed—because of one simple gesture: He knelt during the playing of our national anthem. And he did it for a clear reason, one that has been lost in the yearlong storm that followed. He did it to protest systemic oppression and, more specifically, as he said repeatedly at the time, police brutality toward black people.”