The main characters of one of the biggest movies of 2018 grace the cover of Essence magazine’s March Issue.

There are no solid details from the interview yet, but this was the press release that came with the photos on  essence magazine’s website.

” The Wakanda we see on screen is also one that director Ryan Coogler believed had to touch on the geopolitical issues of Africa.

“I had really been studying the effects of colonization and the African Diaspora, specifically as it relates to African-Americans and Africans, and what I hit on was this concept of what it means to be African,” Coogler told ESSENCE. “I pitched that to the studio as a main theme of exploration, and they were totally interested, which is, to their credit, really cool.”

Coogler’s vision is far different from Marvel’s initial idea of a James Bond-esque geopolitical thriller. The critically-acclaimed director’s vision of Wakanda is of an African nation untouched by colonization. It was a chance for Coogler, the film’s stars, and Black audiences to see what our world could look like had the continent never been invaded.

“What would the African world have been without that imposition?” asks Gurira.

Oscar-nominated actress Angela Bassett shares how Coogler called her up to play the character of Queen Ramonda, King T’Challa’s (Boseman) mother. She had never heard of the character, but was excited to take the role.

Production designer Hannah Beachler spent a month traveling the coast of South Africa to create this vivid world and to reflect the agency the film’s characters show.

“We’re trying to figure out how people act because your spirit is going to be different if you were never oppressed,” she said.” 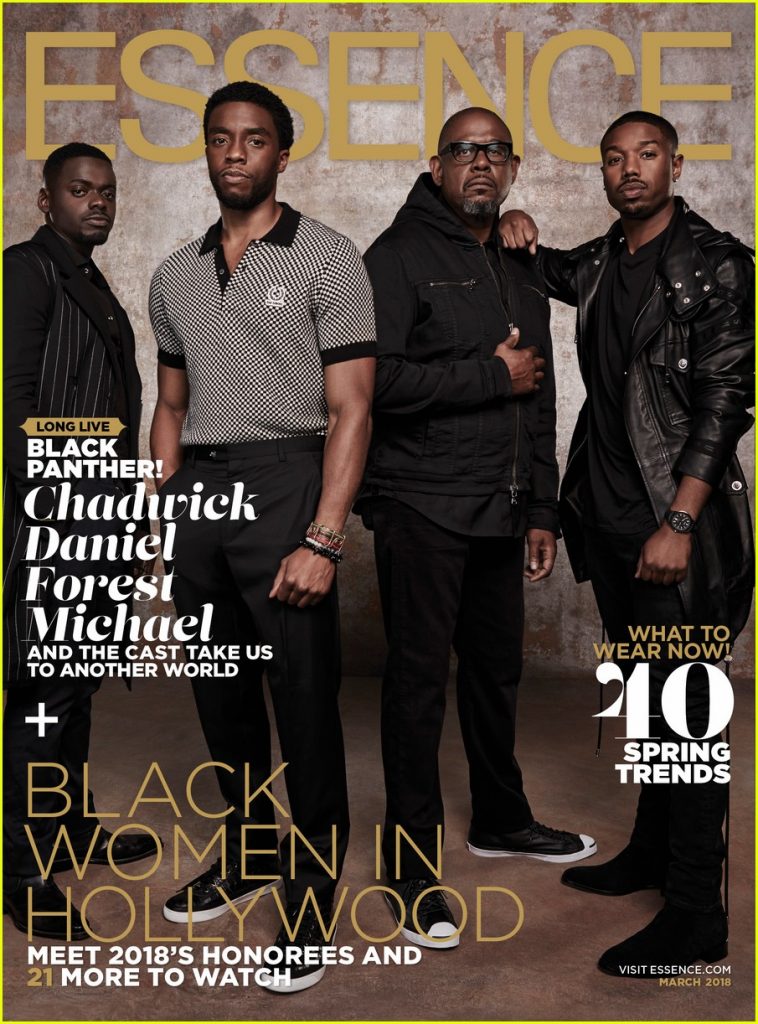 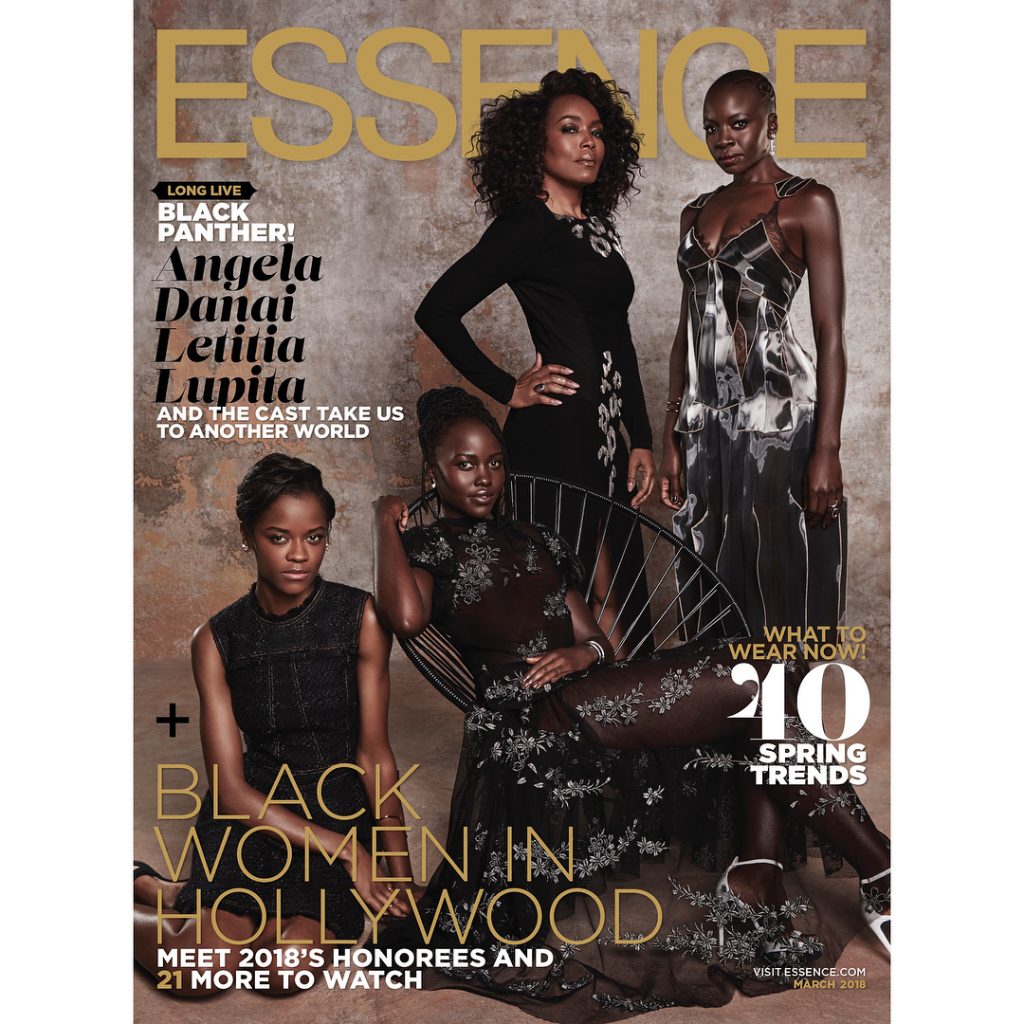 Read more on the cast of Black Panther in the March 2018 issues of ESSENCE, on newsstands Feb. 23.