Gisele Bundchen was the highest paid model in the world for 15 years, specifically from 2002. She has now being dethroned by Kendall Jenner, who is said to have leveraged on her earnings from her family’s reality show “Keeping Up With the Kardashians” and money she rakes in from instagram ads targeted to her 85million followers.

According to Forbes, Jenner’s earnings totalled £16.6m ($22m) this year, which “are in large part due to deals with Estee Lauder, La Perla and Adidas, among others, in addition to her Kendall + Kylie clothing line” she shares with her sister and cheques from the family’s reality show. 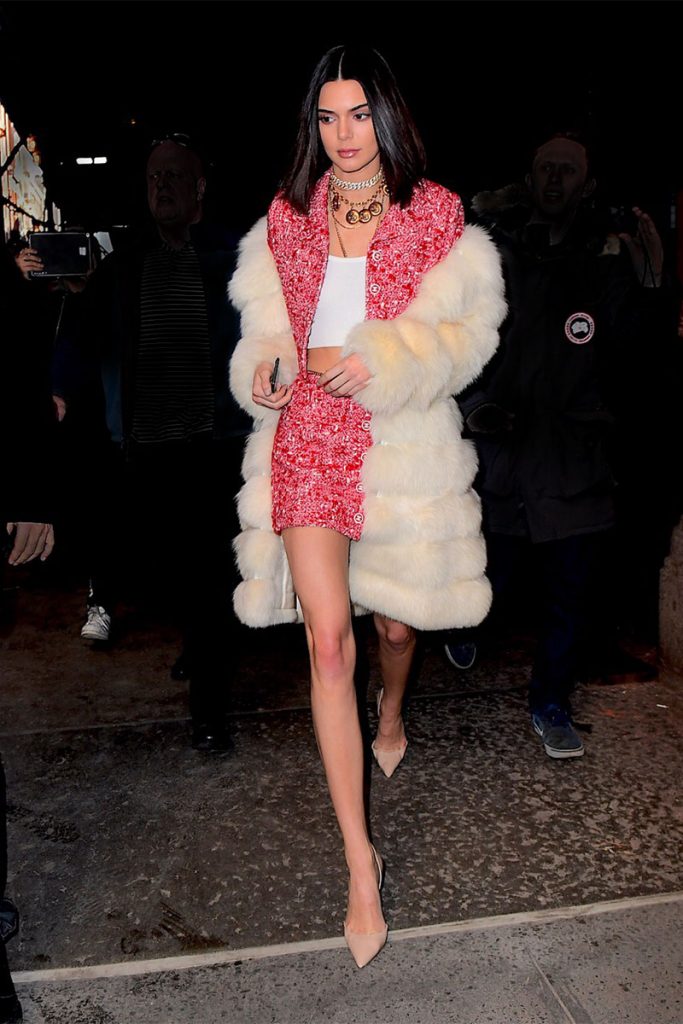 Kendall Jenner was spotted leaving her NYC Hotel on Tuesday as she headed to The Tonight Show with Jimmy Fallon. She looked stunning in her best Valentine’s Day Attire, a crop top, matching pink and white skirt and jacket , and a body chain as she flashes her model abs. She showed off her long legs as she made her way to her SUV.

Some of Kendall’s notable achievements this year were “a cover on Vogue’s September issue, a lead spot on the Marc Jacobs Runway, and as the face of Estee Lauder.”

Second runner up, Gisele Bundchen raked in £13.2m ($17.5m), putting her securely in second place and £3m ($4m) ahead of third place Chrissy Teigen, who made the Forbes list for the first time.