In the six years since he first appeared on YouTube, everything he’s touched has taken on a sort of magical flyness. He’s put out three successful solo albums; recorded hit songs like “L$D,” “Yamborghini High” with the A$AP Mob, and “Fuckin Problems” with Drake, Kendrick Lamar, and 2 Chainz; stole scenes in the surprise-hit indie film Dope, co-starring Shameik Moore; and launched a creative agency, called AWGE. Later this year, he’ll appear in Anthony Mandler’s Monster and he’ll begin a wide-ranging, long-term collaboration with Under Armour. He’s become a rap star, a fashion godhead, a music mogul, an actor, a designer-entrepreneur-influencer—a true creative in universes where everyone calls themselves creatives.In this interview, Kis also asks questions sent in by friends & family.

Kris asks, What was a typical Friday or Saturday night out for you like when you were a teenager?

ROCKY(A$AP Ferg’s Friend) : Oh, you want me to tell them the Santos story?

Ferg: You love telling that story.

Rocky: All right, one time in Santos [Party House, a New York City nightclub], it was like 2008. We took the train from Harlem. I had on this Marc Jacobs shirt, these D&G pants—’cause I was wearing D&G back then—and Marc Jacobs sneakers. Ferg, you had on the black Acne pants, with the blue jean jacket, and Nast, you had the blue jean jacket with the seam, with the black Acne pants, and the black Timbs, with the Super glasses on, with the ‘fro, ’cause you was on your Jay-Z shit, trying to wolf up. A lot of A$AP members were there that day. I’ma come clean, we was in the club, and A$AP Bari was trying to talk to some dude’s girlfriend. Next thing you know, the dude got mad. He looked like some wrestling dude. He was big, with long hair. He’s like, “What?!” to everybody. We was like, “Yo, chill,” but he kept going crazy. So [Harlem-based visual artist] Jay West put him in a headlock, I snuffed him, he fell, everybody kicked him, we all dispersed, we ran. 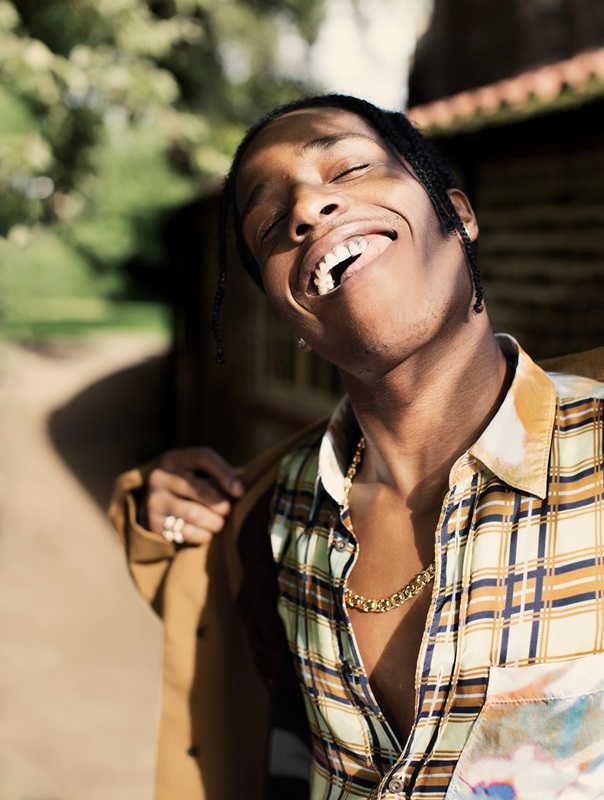 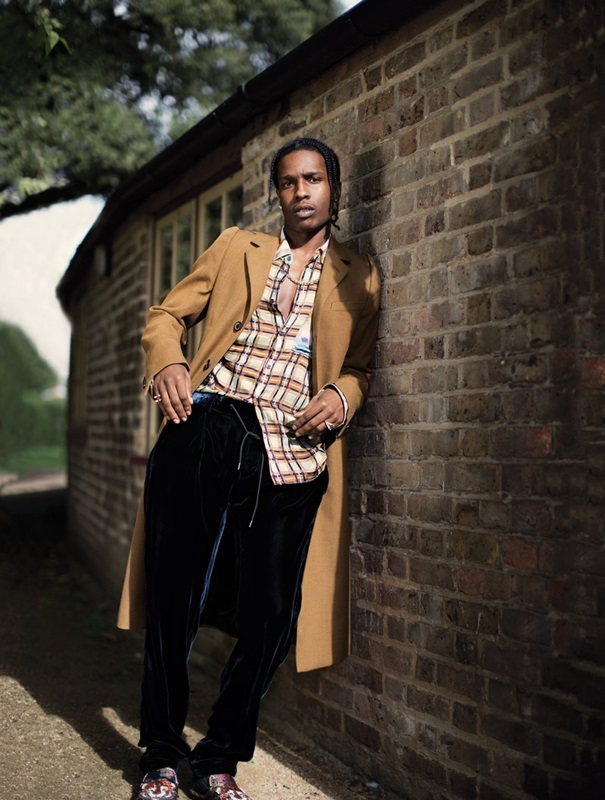 What’s your number one priority?

Right now, it’s music. Last year was businesses and developing all our new artists. Playboi Carti went platinum. Smooky MarGielaa is on the rise. Twelvyy album came out. A$AP Ferg mixtape came out—he always got number ones and bangers. Nast, Addie, up next. Cozy Tapes Vol. 2 is out right now. Now it’s all about me making music again.

What do you say to people who say that you’re “more fashion than music”?

I can see why they think that sometimes. I really wanted to take time out to show people I was an entrepreneur. I’m a businessman—you gotta take me serious. I can’t help that I look good doing it. But if you just look at my catalog from this year, everything I get on, I body. I’m selective about what I get on. I’m particular. I wasn’t really featuring with other artists. But this year, I’m showing niggas stop playing me, stop sleeping on me. I’m the god of this shit.

So when we saw you in London recently, you were on a phone-off lockdown, making an album. What was the vibe—the starting point for the new album?

My new album is really about testing new sounds. People are scared to test new sounds, so they go with what’s current ’cause it’s the easy thing to do. The top 100 songs sound a certain way. People cater more to that because it’s a bigger demographic behind that, or it’s a guaranteed demographic behind that. I prefer to experiment and have my crowd grow with me and to reach new crowds. I don’t just rap—I actually make music. That’s why it takes time. These sonics represent me. 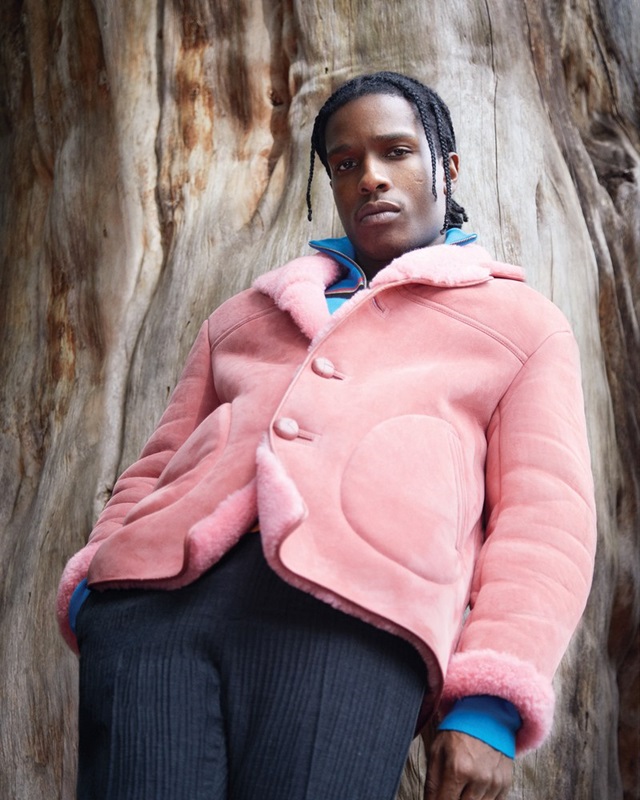 Did you go to London for the sound of London, or was it more just getting away so you could focus?

Both. London has a cool sound. I always record in London. But I needed to get away. London’s my second home.

When do you want to put the album out? 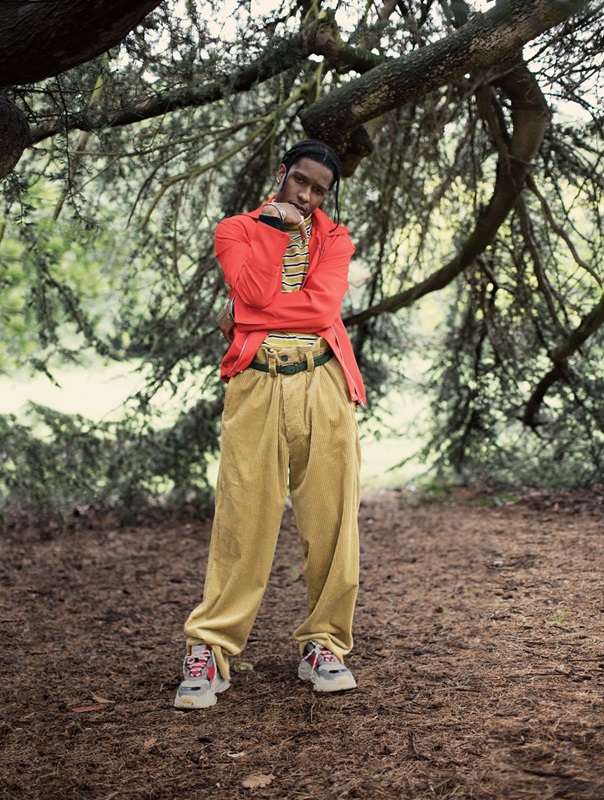 Your travel schedule is intense. When you’re always on the move, where’s your center, or your home? Do you ever wake up in another hotel room and wonder, “Who am I?”

Fuck no. Sometimes I do wake up like, “Where the fuck am I?” But not “Who am I?” I’m the same nigga I was when I went to sleep.

You’ve had relationships with Dior and Gucci. You seem to have a personal relationship with Raf. How do you characterize those connections?

Sometimes it’s business, and sometimes it’s friendship. Raf had me flying out to Antwerp so I could smoke my weed and just catch a vibe with him back in 2012 and 2013. I’ve been looking at him and [Rick Owens’s wife and muse] Michèle Lamy for advice. Michèle Lamy is like my fairy godmom. 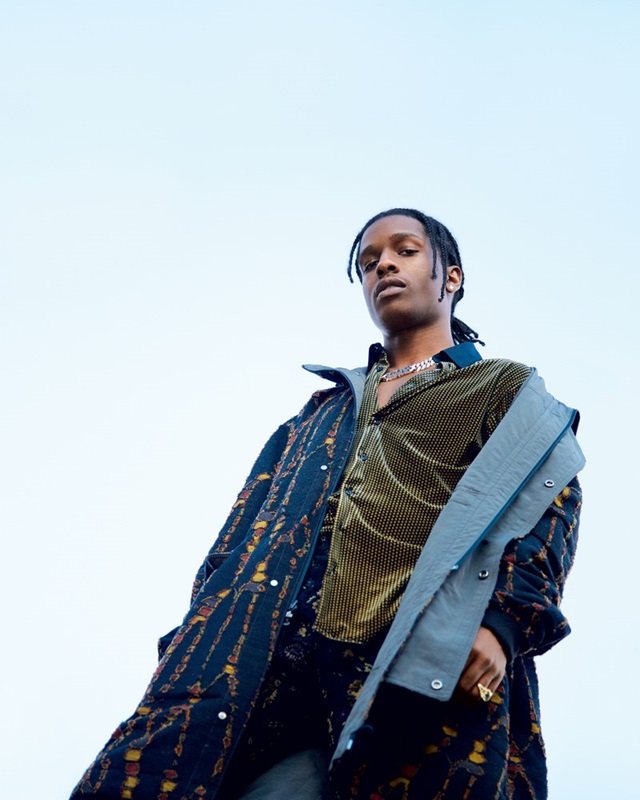 Here’s a question from Raf Simons.

“If you could not do what you’re doing now, what would you do? What’s another life dream of yours?”

If I wasn’t doing this, to be real with you, I’d probably be an interior decorator.

Nast: You could be a florist.

Rocky: Yeah, I could. I have such good taste. I love flowers. I think decor value and feng shui is important. If not, I’d be a video director or a film director. But my whole life, I just wanted to be a rapper. That was it. 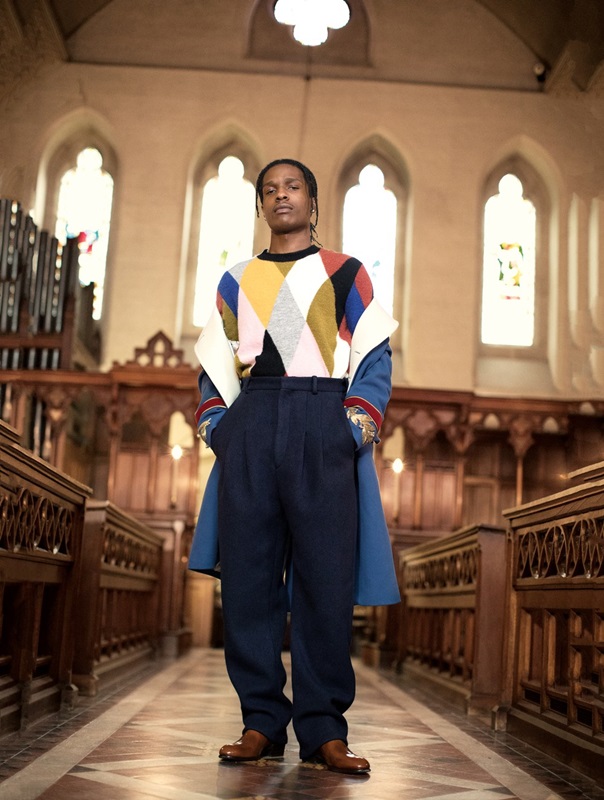 Okay, well, the next question is from Shameik Moore.

“What advice do you have for getting more creative with your personal style?”

Nast: Wear what suits you and not what’s trendy.

Everybody has a different God. I don’t know if God is a female, male, or even in human form. I pray to somebody. Religion is deep. Everybody got a different God, but I just respect everybody for their beliefs. It is what it is. I’m more spiritual than anything. Because I find flaws and contradiction in a lot of religions, respectfully, and I just take the good out of all religions and try to practice to be a better person.

You pray every day?

Yes, I pray every day. I pray over cookies. I say my grace, straight up and down.

You’ve experienced loss in your family. A few times over the years, as far as I know, and then you guys as friends and collaborators and a crew experienced the loss of Yams. Do you feel like you’ve grieved, or did you just keep working?

Keep working. I’m not gonna lie. Because if we grieve it, it might take everything out of us. [long silence] 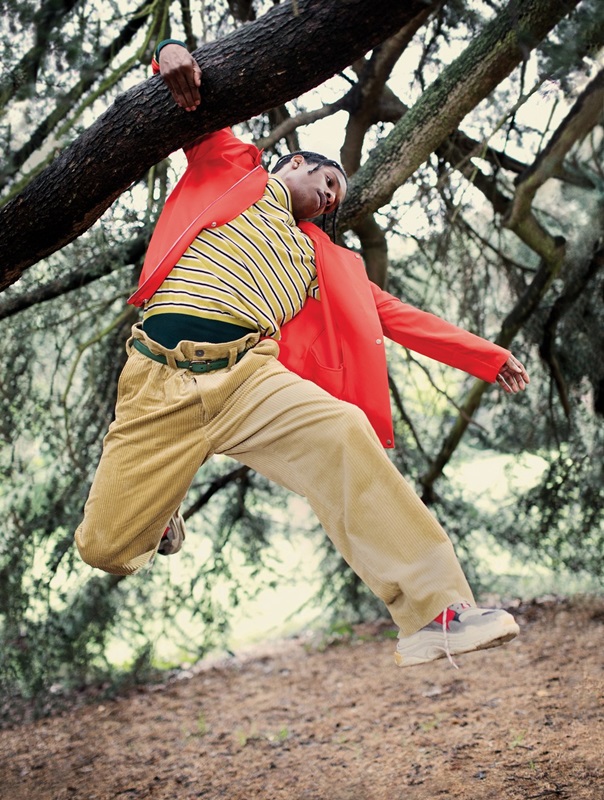 How’d you get the scar on your face?

When I was 15, I had a fight with some niggas in the Bronx, on Arthur Avenue. This older guy gun-butted me while we was fighting. He was trying to rob my Pelle Pelle jacket. I still kept it, though. It was bloody. My sister Erika bought me that for Easter. I wasn’t about to give my shit up. Fuck outta here. If you’ve ever seen Jim Jones’s “Certified Gangsters” video, he had it on in black. I had it in white with the colorful Easter P’s on it.

This story originally appeared in the Holiday issue of GQ Style with the title Inside “The Unruly World Of ASAP Rocky.”