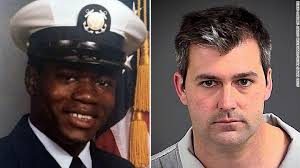 Michael Slager Former South Carolina police officer  was sentenced today to 20 years in prison for the deadly shooting of unarmed black man. the US District attorney judge David ruled against Slager. stating that Slager committed second-degree murder and obstruction of justice, when he shot and killed 50-year-old Scott in 2015.

Michael Slager shot and killed Walter Scott on April 4, 2015, while Slager was an officer with the North Charleston Police Department. Michael Slager claimed self-defense, but witness cellphone video that surfaced shortly after the encounter showed the officer fatally shooting Walter Scott in the back as he ran away. 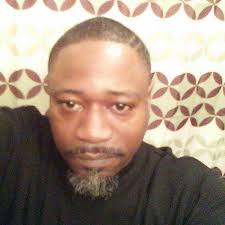 A bystander captured the shooting on a cellphone, and it was shared around the world, setting off Black Lives Matter protests across the US as demonstrators said it was the perfect example of police officers’ mistreatment of African Americans.

The bystander started recording after the struggle between Slager and Scott. The video showed Scott running away from Slager and the officer firing eight times. Scott was hit in the back five times.

After the shooting, Slager picked up his stun gun and placed it next to Scott. Slager contends he was securing the weapon. Prosecutors think he put it there to bolster his self-defense story.

On Wednesday, Scott’s youngest son spoke so he could return to his high school classes. Clutching a photograph of his father, Miles Scott said he has had trouble sleeping ever since his father’s death. He said he misses watching football games with his dad and can’t fathom not being able to watch with him the game they both loved.

“I miss my father every day,” Miles Scott said through tears. “I would like you to sentence the defendant to the strongest sentence the law allows because he murdered my one and only father.”

“Officers who violate anyone’s rights also violate their oaths of honor, and they tarnish the names of the vast majority of officers, who do incredible work,” he said. “Those who enforce our laws must also bide by them — and this Department of Justice will hold accountable anyone who violates the civil rights of our fellow Americans.” Attorney general Jeff expressing is condolence to the family.