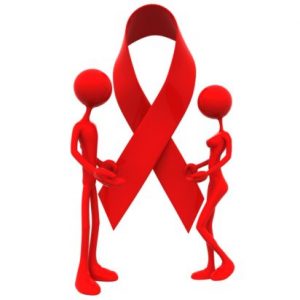 To demystify HIV testing and counselling among youths in Lagos State, a Coalition of Civil Society Organisations is targeting no fewer than 5,000 Lagosians for free HIV testing and counselling to mark this year’s World AIDS Day today. AIDS SYMBOL The free HIV screening billed to hold simultaneously in four Local Government Areas of Ajeromi, Kosefe, Agege and Mainland of Lagos State is being organised by Youth Empowerment and Development Initiative, YEDI and National Youth Network on HIV/AIDS, NYNETHA, to create awareness and disseminate data on the pandemic. Speaking during a briefing in Lagos to herald this year’s World AIDS Day with the theme: “My Health, My Right”, the Head of Programme, YEDI, Mrs. Tomisin Adeoye, said the exercise was in line with the ambitious UN 90–90–90 target to end the AIDS epidemic by 2020. Adeoye who disclosed that YEDI had reached over 127,000 Nigerian adolescents in disadvantaged communities in Nigeria, said in Lagos alone, no fewer than 50,000 had been reached with HIV message. He said: “Also about 18,000 people have also known their HIV status through our various activities like; in-school trainings. Last year alone, 21, 925 people were tested, 11,000 female and 10,784 male. Out of the number, 160 people tested positive. This year’s event will also feature a novelty match, drama presentation, mini clinic and HIV services, distribution of treated nets and data dissemination.” Corroborating her , Head, NYNETHA Lagos Office, Mr. Babamole Ramon Olanrewaju, said World AIDS Day was not just to remember HIV/AIDS but to get government and individuals to take action towards ending the epidemic as recommended by the 90-90-90 targets. On his part, National Youth Network on HIV/AIDS, Population and Development, Mr. Isaac Moses said attitude of health workers were gradually scaring young people away from testing for HIV even as he called for more investments in HIV treatment. He said: “It is worrisome that large numbers of our trained health workers lack the capacity to handle sexual diversity issues of young people. Most of the youth- friendly facilities are not keen to provide services. There is need to bridge these gaps otherwise the future labour force bleaks.”
0
December 1, 2017
No Comments Yet