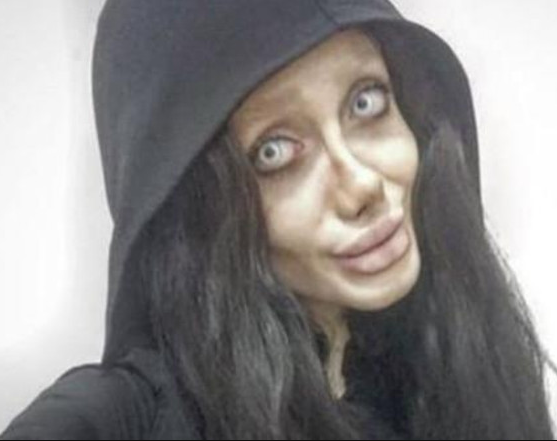 Sahar Tabar is only 19, yet at such a young age, she has already had so much done to her body just to look like her idol. The woman from Teheran, Iran says she is one of Angelina Jolie’s biggest fans and “would do anything” to look like the Hollywood actress. She went on to shed 90 lbs. and now diets constantly to maintain her weight at 40 kilograms. She’s also had 50 surgical procedures just to attain the look that she had always coveted. 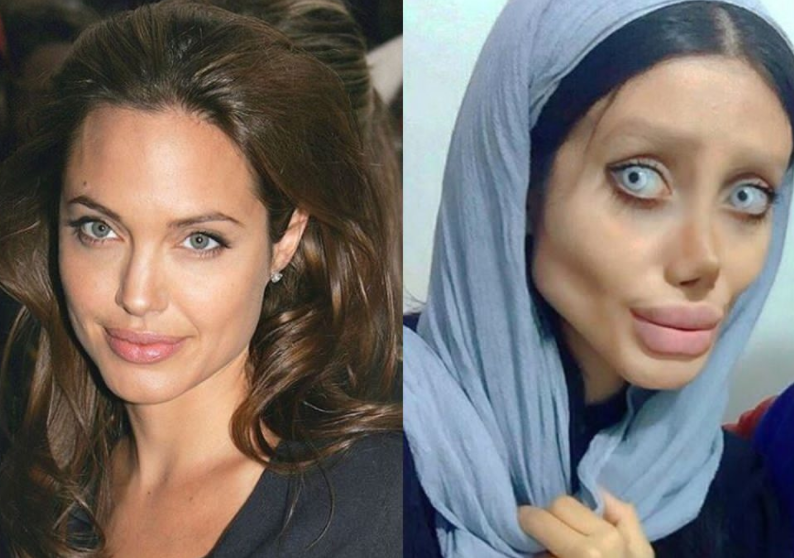 Obviously, her aim was defeated because she has now become the butt of online jokes and people are referring to her as frightening, zombie-like, corpse bride, and the ghost bride. Some have said she looks very sickly and pale but she doesn’t seem to mind and happily posts her photos to her 296,000+ followers on Instagram.

Prior to the surgeries, Sahar was a very beautiful woman but she seems happier with her new look than the former. 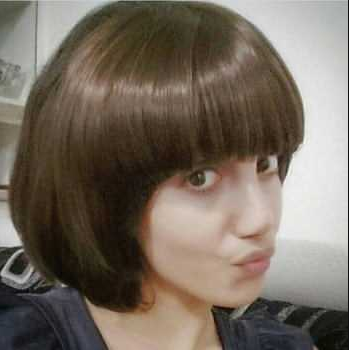 Sahar before the surgery 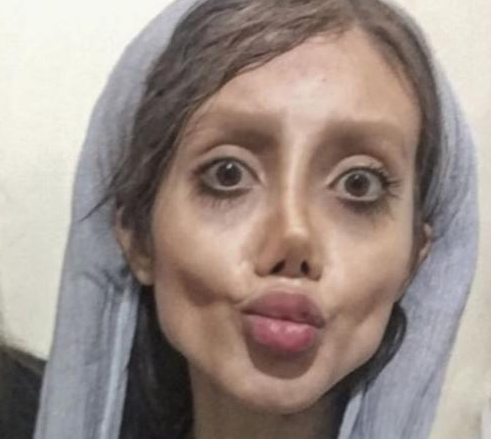 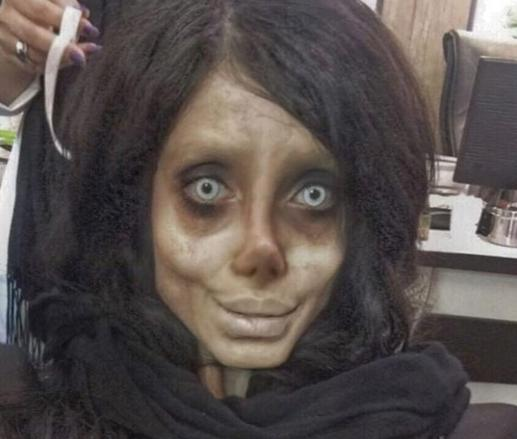 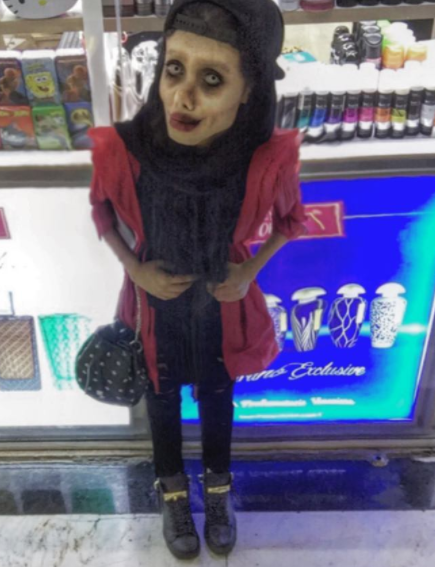 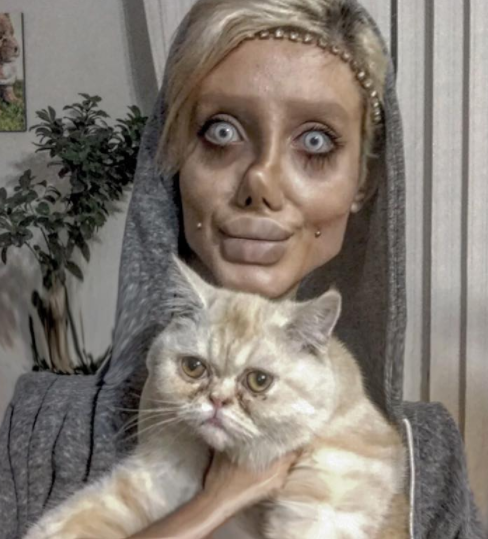 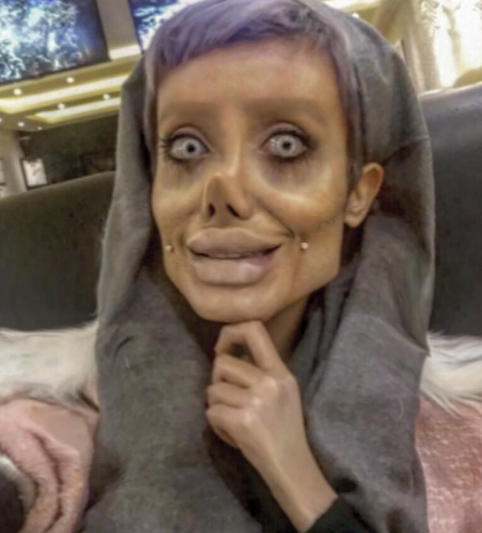 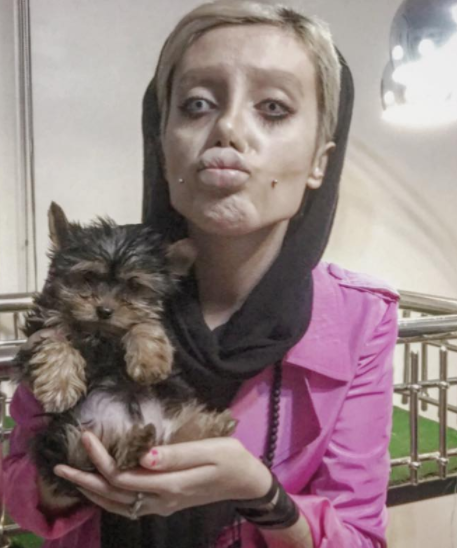 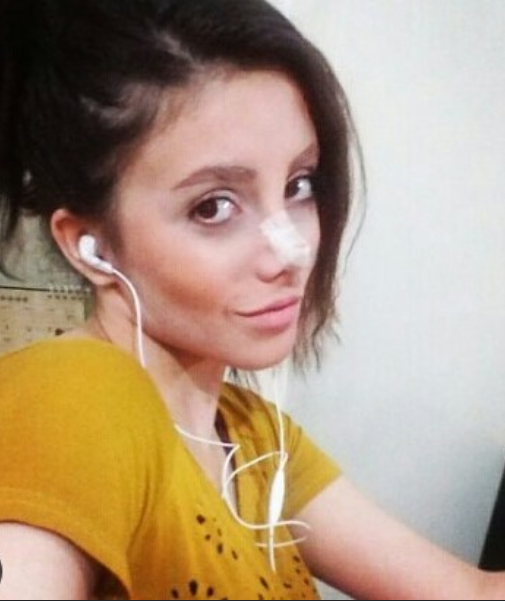 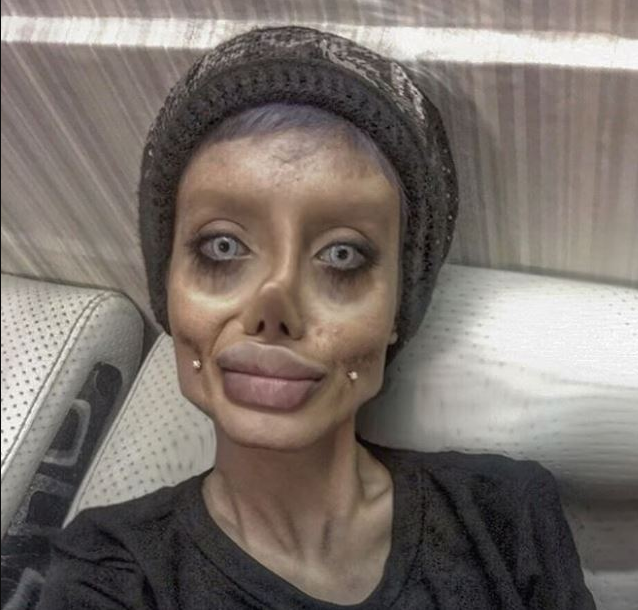 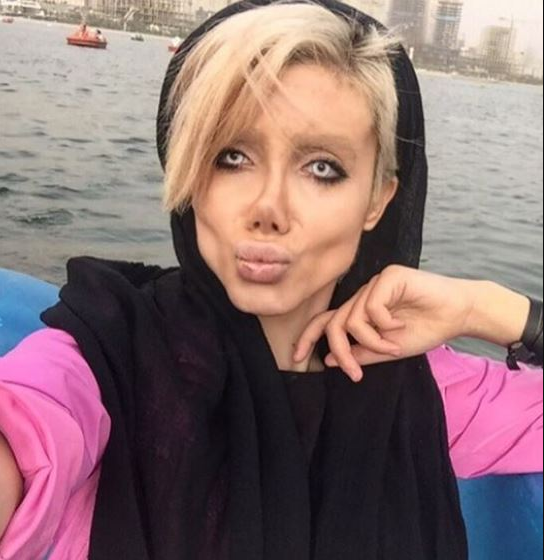 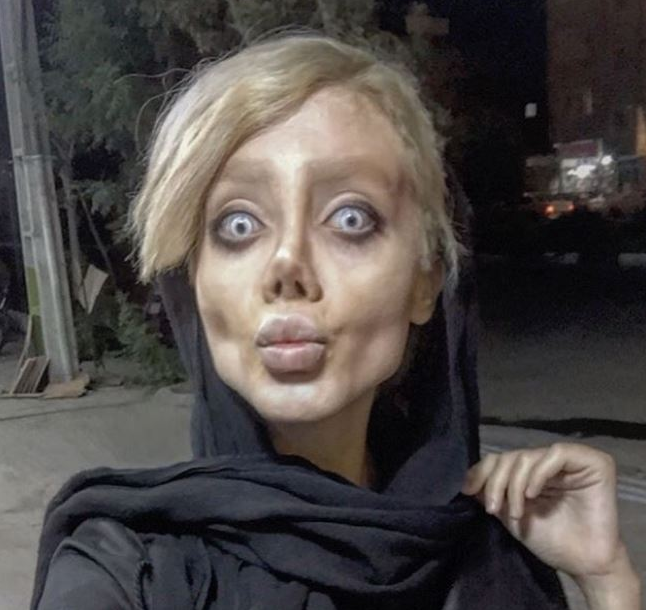